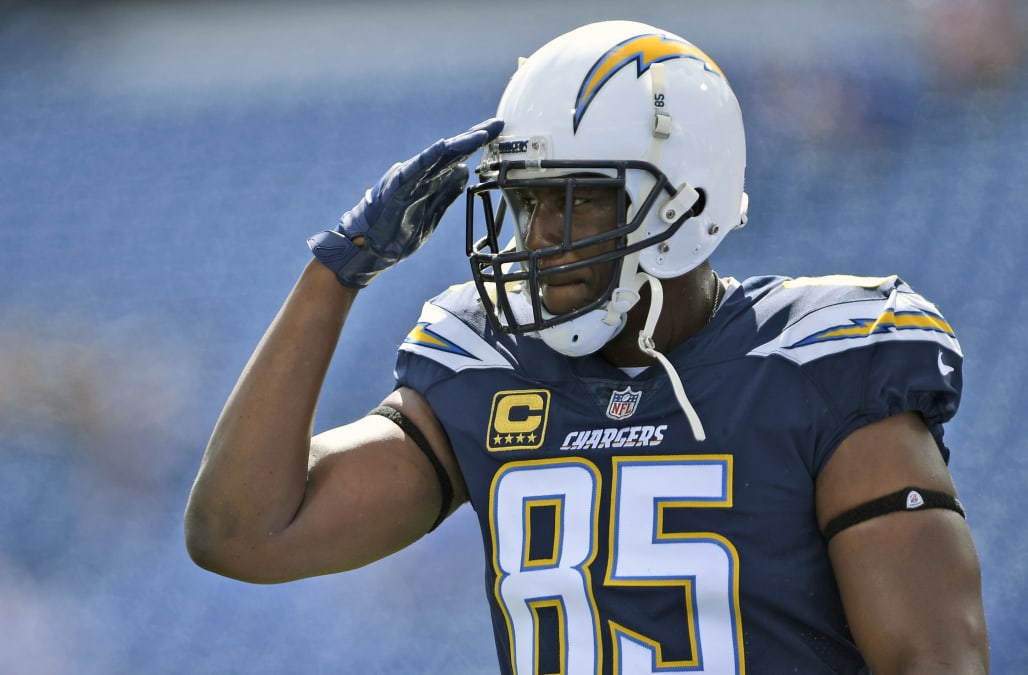 Antonio Gates announced on Tuesday that he’s retiring from the NFL, one year and one day after he’d last played in a game. The 39-year-old, a standout forward at Kent State who returned to football after it appeared he wouldn’t have a place in the NBA, entered the league in 2003 as an undrafted rookie.

‘I never dreamed I would play this game for so long’

“After 16 seasons in the NFL, 16 seasons as a Charger, eight Pro Bowl appearances and many records broken, I find it hard to officially put this statement out and retire from the game of football.

“I never dreamed that I would play this game of football for so long or how fortunate I would be to play it with just one organization. I want to thank the Chargers organization, the National Football League, Dean Spanos and the Spanos family for the opportunity to live out a dream and play the game I love.

“To the fans in San Diego, Los Angeles, across the country and around the world, thank you for your unwavering support all these years. There would be no NFL without you. ...

“I’m looking forward to beginning the next chapter of my career and am grateful for the opportunity to be back around the team and our fans.”

Gates will remain with the Chargers, working on community engagement initiatives and working with the public.

Statistically, Gates is one of the best tight ends the NFL has ever seen.

He was named to eight Pro Bowls and was also voted first-team All-Pro three times and second-team twice, and the Pro Football Hall of Fame named Gates to its all-decade team for the 2000s (he was second-team behind Tony Gonzalez).

He is the Chargers franchise leader in catches, receiving yards and touchdowns.