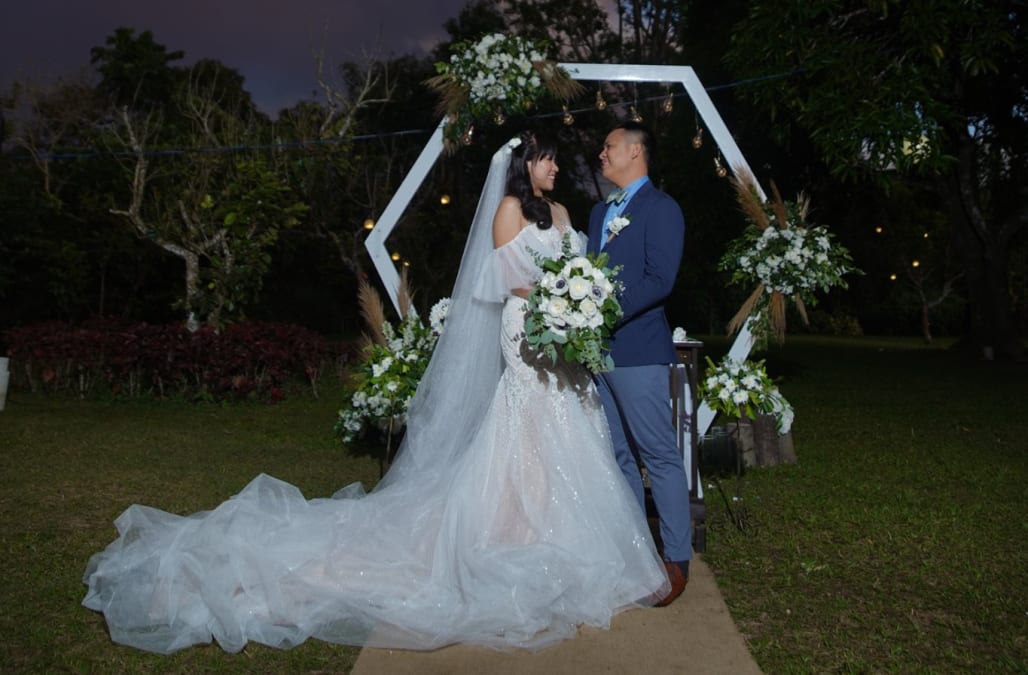 As thousands were forced from their homes to escape the sudden eruption of a Philippine volcano on Sunday, one couple was saying, "I do."

Chino and Kat Vaflor tied the knot at a venue less than 10 miles from the Taal Volcano, which is the country's most active volcano, wedding photographer Randolf Evan told ABC News.

The couple didn't know the volcano was going to erupt during their wedding, but they didn't let it stop the ceremony. Evan was able to capture the harrowing backdrop to the nuptials and shared the surreal photos on Facebook.

"We were actually nervous because while working we kept on checking social media for updates on the volcanic eruption. So we were actually aware of the warnings and escalating levels that was being announced real time," Evan told CNN.

Although the wedding took place close to the eruption, everyone in attendance felt "definitely safe as the venue was on higher ground and not directly around the volcano's vicinity," Evans told BBC.

So safe, in fact, that the wedding continued as planned. Guests stuck around for the party after the ceremony.

"Surprisingly everyone was calm and relaxed. It was an intimate wedding so guests were mostly the couple's family and close friends, and thus nobody really left," he said.

One thing is for sure: the couple's wedding photos are one-of-a-kind. Evans, who told the BBC he has been a wedding photographer for 8 years, said the experience was "a mixture of thrill and sheer amazement."

"In the end, I'm just grateful to have experienced such a unique moment in my career," he said.