Lamar Jackson optimistic after Ravens' brutal loss to Titans, says 'it's only up from here' 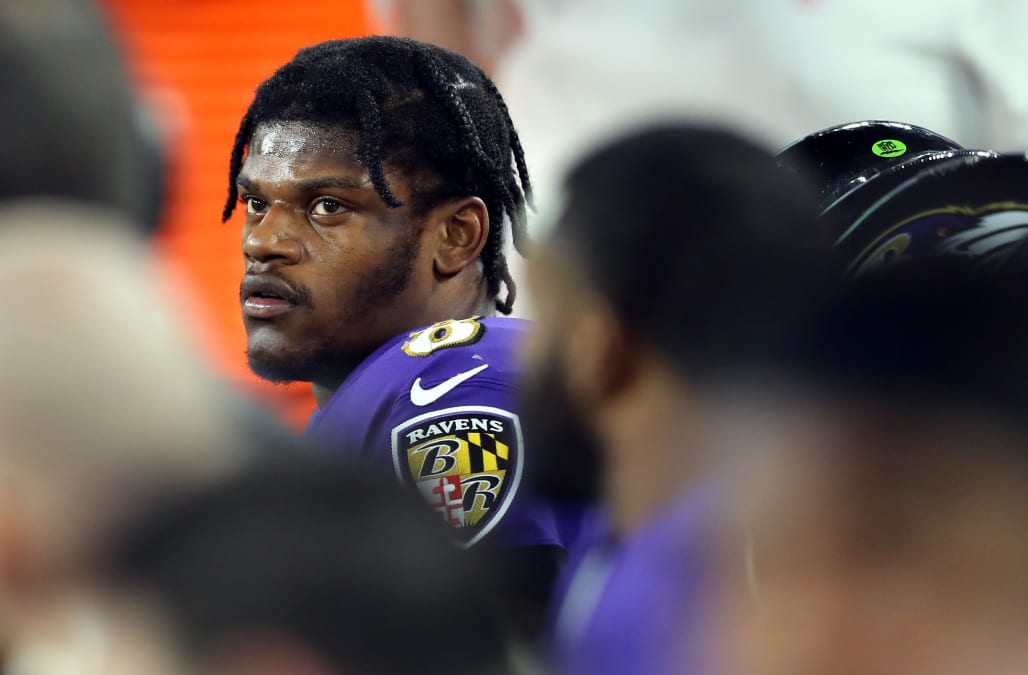 2019 was a great year for Lamar Jackson, but he wasn't able to keep his winning ways going once the calendar flipped to 2020.

The Baltimore Ravens, the No. 1 seed in the AFC, fell to the No. 6 seed Tennessee Titans 28-12 on Saturday in a game that saw two interceptions and a lost fumble from Jackson as well as a season-low in points from his offense.

Baltimore had secured the conference's top seed after a 14-2 regular season and was granted a bye week during the wild-card round of the playoffs. While the Ravens were resting, Tennessee was at work in New England knocking off the defending Super Bowl champion Patriots in what would be just the first of several major upsets of the playoffs.

"I had a lot of mistakes on my behalf," Jackson admitted after the game. "Three turnovers, that shouldn't happen, but [the Titans] came out to play. We just started off slow."

The upset was Jackson's second loss in as many playoff games, but he says he's not focused those shortcomings this early on in his career. The 23-year-old was all about "next year" in his postgame press conference.

"I hate losing, I really do," he said. "We've gotta move on, gotta get better for next year."

Jackson acknowledged that there's "always room for improvement" and plans to spend his offseason working on the same things he always does: "Everything."

"We're a young team, especially our offense," Jackson said. "We only can get better. It's only up from here."

More from Aol.com:
Drew Brees has received calls about transitioning into a broadcast rolehttps://releases.aol.com/articles
Go for it? Pete Carroll says Seahawks never considered it on key 4th down
Did Jimmy Graham really get a first down on game-clinching play?