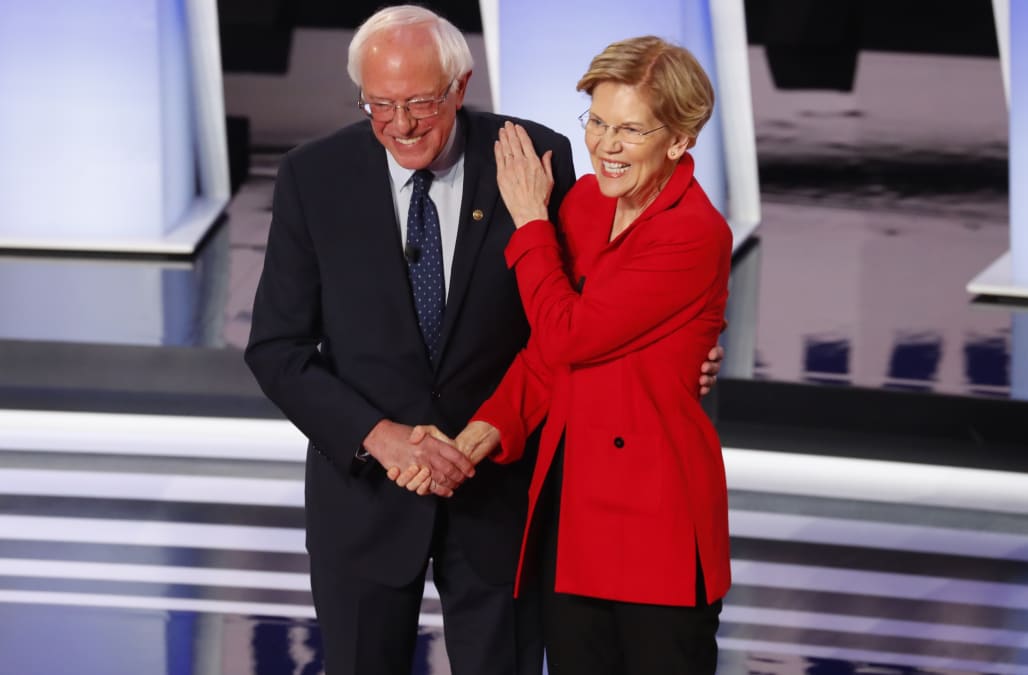 Sen. Elizabeth Warren said Monday evening that Sen. Bernie Sanders told her during a private meeting in 2018 that he didn’t think a woman could win the 2020 presidential election.

“Among the topics that came up was what would happen if Democrats nominated a female candidate,” the Massachusetts senator said in a statement about their meeting. “I thought a woman could win; he disagreed.”

Warren went on to say that she didn’t plan to discuss the meeting again and emphasized that she and Sanders have “far more in common than our differences on punditry.”

Warren’s revelation came hours after CNN published a report about Sanders’ comments cited to anonymous sources with knowledge of the conversation. The report was based on accounts from two people Warren spoke with soon after her December 2018 sit-down with Sanders and two other people familiar with the meeting, which the two senators held to discuss the possibility that they would both be running for the Democratic presidential nomination.

After Warren told the Vermont independent she believed that broad support from female voters would make her a strong competitor against President Donald Trump, Sanders reportedly responded that he did not believe a woman could win.

Hours after the initial report, Warren supported CNN’s account of the conversation in a statement.

In response to a great deal of questions we’ve had today, below is a statement from Elizabeth Warren: pic.twitter.com/PdBCHJQCJE

Earlier on Monday, Sanders had issued a strong rebuke of how CNN’s sources characterized his remarks.

“It is ludicrous to believe that at the same meeting where Elizabeth Warren told me she was going to run for president, I would tell her that a woman couldn’t win,” he said. “It’s sad that, three weeks before the Iowa caucus and a year after that private conversation, staff who weren’t in the room are lying about what happened. What I did say that night was that Donald Trump is a sexist, a racist and a liar who would weaponize whatever he could. Do I believe a woman can win in 2020? Of course! After all, Hillary Clinton beat Donald Trump by 3 million votes in 2016.”

The report comes amid rising tension between the two candidates’ campaigns. On Saturday, Politico published some of the scripts that Sanders’ campaign apparently gave volunteers. Talking points included claims that “people who support her are highly-educated, more affluent people who are going to show up and vote Democratic no matter what” and that “she’s bringing no new bases into the Democratic Party.”

The story raised some eyebrows given that Warren and Sanders are longtime friends. According to CNN’s report, the two agreed during that December meeting to avoid attacking one another.

Warren fired back against the Sanders campaign scripts on Sunday.

“I was disappointed to hear that Bernie is sending his volunteers out to trash me,” Warren told reporters after a town hall meeting. “Bernie knows me and has known me for a long time. ... I hope Bernie reconsiders and turns his campaign in a different direction.