Lone turtle may have single-handedly saved entire species: 'Diego has been critical' 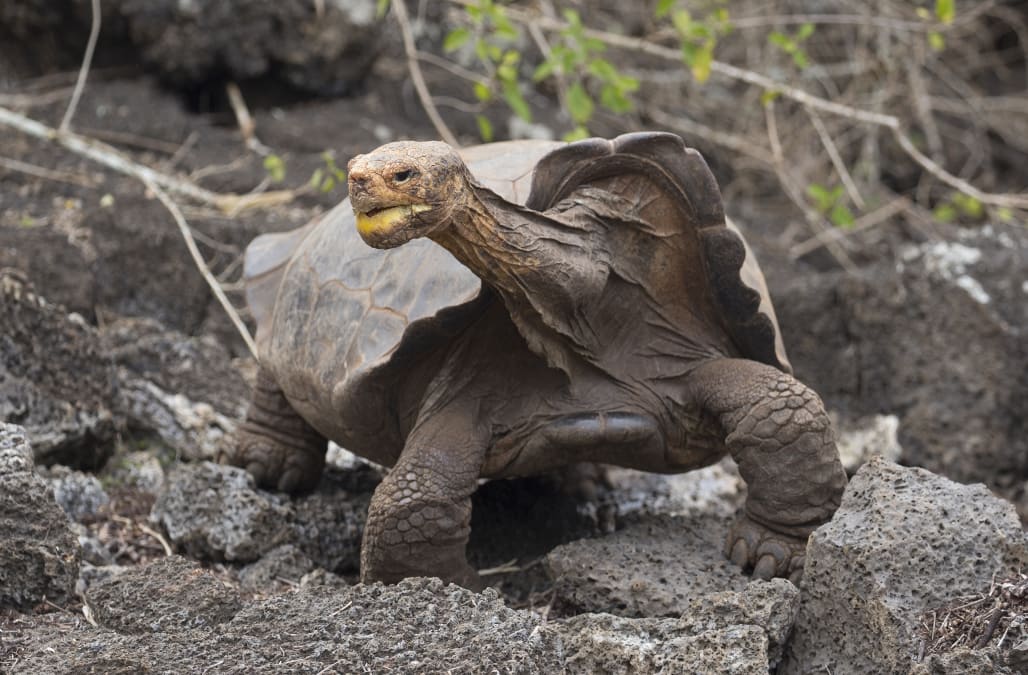 A "charming" bachelor with a "big personality" and a voracious sex drive is finally retiring at an advanced age of more than 100, after a career spent single-handedly saving an endangered species.

Oh, and he’s also a turtle.

Diego, a giant tortoise belonging to the Chelonoidis hoodensis species that is native to the Galapagos island of Española in Ecuador, is finally retiring after decades in a captive breeding program, the AFP news agency reports.

And Diego has played a crucial role in that recovery. By some estimates, the now-famous tortoise has accounted for around 40 percent of the current population. That would mean he’s fathered approximately 800 children.

"Diego has been critical," James P. Gibbs, a professor of environmental and forest biology at the State University of New York in Syracuse, told the New York Times.

So what is it that’s made this long-necked, beady-eyed bachelor so popular? For one, he sounds like the life of the party: Professor Gibbs said Diego has "a big personality" and is "quite aggressive, active and vocal in his mating habits."

"Without a doubt, Diego had some characteristics that made him special," Jorge Carrión, director of the Galápagos National Park told the Times.

Diego will now be returned from the tortoise center on the nearby Santa Cruz Island to Española, which is now home to the burgeoning turtle population he helped save.