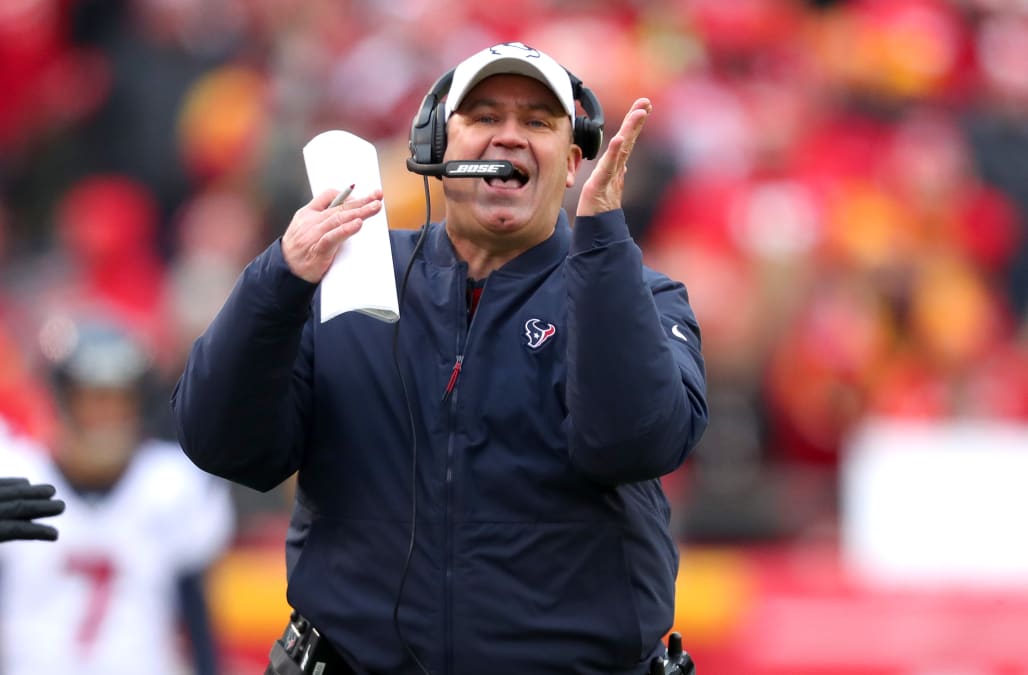 The Houston Texans stunned the Kansas City Chiefs on Sunday, racing out to a 21-0 first quarter lead at Arrowhead Stadium.

Then the game turned on a dime.

The Texans had an opportunity to step on the Chiefs’ throats, facing fourth and a short yard at the Kansas City 13 early in the second quarter. A touchdown on the drive would give them a 28-0 lead.

Head coach Bill O’Brien appeared to take the aggressive tack, sending his offense out on the field to go for the first down. But the Texans weren’t able to get the play ready on time and burned a timeout as the play clock wound down.

Did they do so to make sure they had the correct setup for the pivotal play? No, they sent out the field goal unit instead.

Not only did the Texans waste a timeout, but they did so to kick a chip shot field goal, which Ka'imi Fairbairn sent through the uprights for a three-possession lead instead of four.

Where O’Brien balked at the aggressive move in field-goal range, he more than made up for it on Houston’s next possession.

After Kansas City responded with a touchdown, the Texans found themselves facing fourth and four on their own 31. O’Brien sent the punt unit out.

Now you get aggressive?

But instead of snapping the ball to punter Bryan Anger, long snapper Jon Weeks delivered the ball to safety Justin Reid, who was lined up in the backfield. Reid ran to the right and was drilled by Chiefs safety Daniel Sorensen short of the first down.

The Texans go for the fake punt and the @Chiefs defense makes a huge play! #ChiefsKingdom#NFLPlayoffs

The Chiefs took over on downs and scored a touchdown three plays later to cut their deficit to 24-14. What minutes prior looked like disaster for the No. 2 seed in the AFC was all of the sudden a game again.

And O’Brien appeared to choose the wrong time to get aggressive.