Report: Julian Edelman arrested after jumping on the hood of someone else's Mercedes 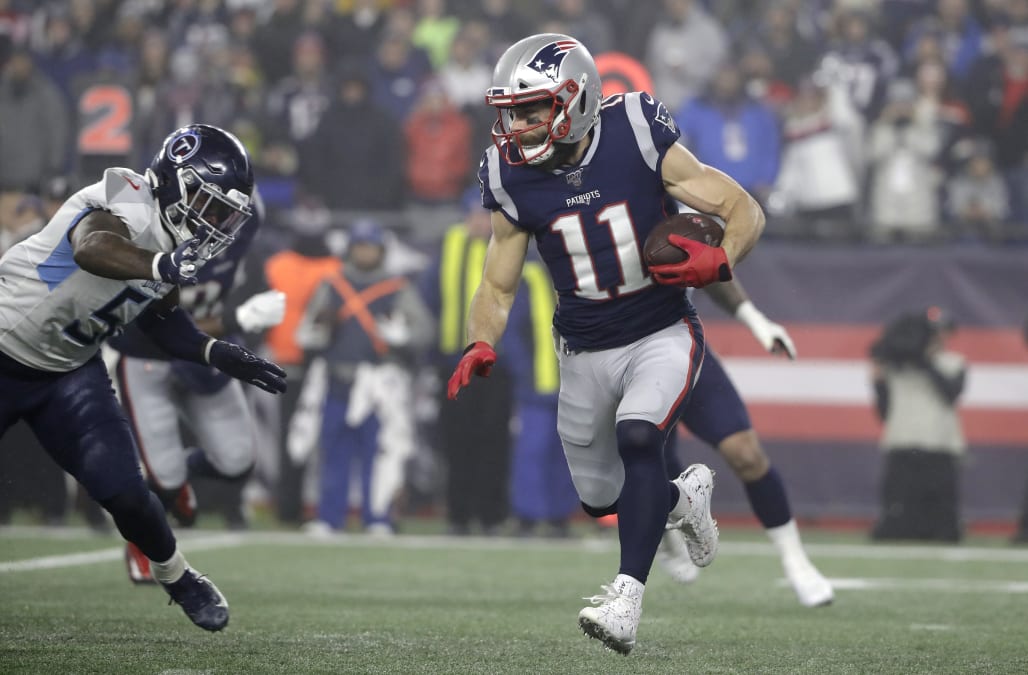 New England Patriots receiver Julian Edelman isn’t handling the team’s early playoff exit well. Edelman was reportedly arrested Saturday after he allegedly jumped on the hood of another person’s Mercedes, according to TMZ.

The incident took place in Beverly Hills. The 33-year-old Edelman reportedly was walking in the area around 9 p.m. when he decided to jump on the car. Someone reported Edelman to police and Edelman was arrested, cited with misdemeanor vandalism and allowed to leave. The TMZ report notes that Edelman left with his friends. It also mentions law enforcement officers believed Edelman had been drinking.

Edelman was cited and is expected to appear in court April 13.

Edelman was out with both Paul Pierce and Danny Amendola on Saturday, according to Pierce’s Instagram page.

That picture was taken at Cantina Frida, a Mexican restaurant in Beverly Hills. It’s unclear if Amendola or Pierce were present when Edelman jumped on the car.

Edelman was out with Pierce following Edelman’s reported arrest.

Sure looks like Edelman was hanging with Paul Pierce after being released by police. This video was posted around 11 pm; TMZ reports Edelman was arrested around 9 pm pic.twitter.com/AHxBkr3xed

The incident occurred just two days after Edelman was named the Ed Block Courage Award recipient by the Patriots.

The L.A. County District Attorney will decide whether to file charges against Edelman. TMZ believes little will come of the incident, so long as Edelman offers to pay for the damage he caused.

Edelman could have avoided the situation entirely had the Patriots defeated the Tennessee Titans in the wild-card round of the playoffs. New England’s surprising loss knocked the team out of the postseason early. It’s the first time in a while the Patriots have had free time in early January.

Edelman hauled in three catches for 30 yards during the team’s 20-13 loss to the Titans last weekend.