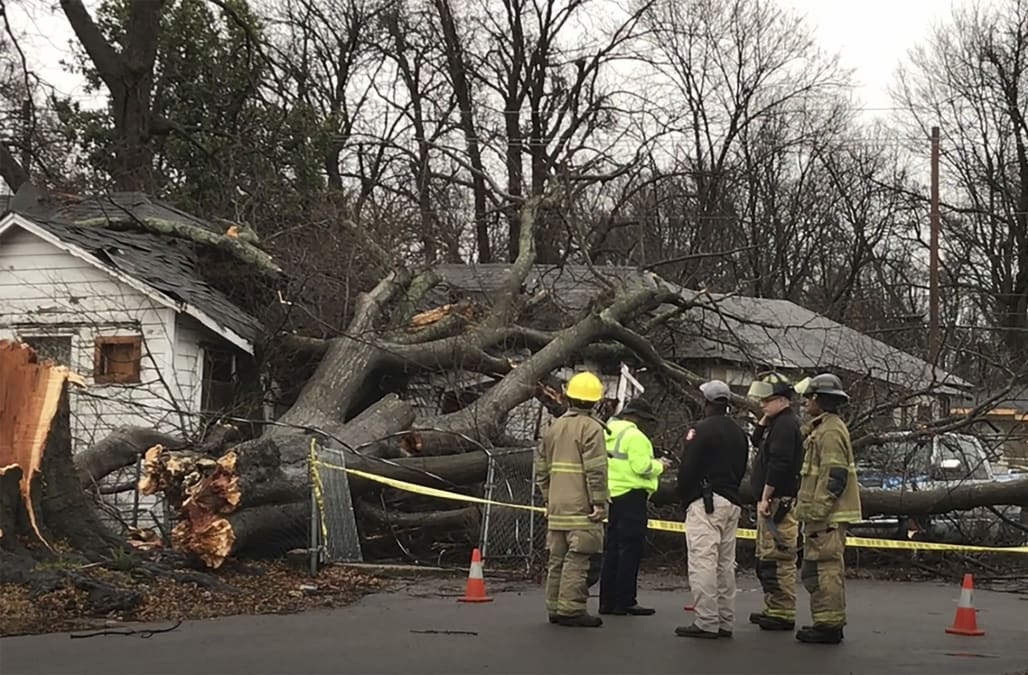 Severe weather blanketing much of the United States is to blame for at least 11 deaths, according to officials across the south and midwest.

Three people were killed in Alabama, where a tornado touched down in Pickens County Saturday, AL.com reported.

Tyrone Spain, 51, Albert Barnett, 85, and his wife Susan, 75, died from blunt force trauma after the tornado tore through a mobile home park in Carrollton.

Pickens County Sheriff Todd Hall said officials were still searching through the wreckage for any other victims.

In Lubbock, Tex., two first responders were killed while working a crash after a car crossed the median on the icy interstate and crashed into them around 8:30 a.m. Saturday.

“I’d like to reiterate that, one, this is a tragic day for our family, this is a tragic day for police and fire and the men and women of both our departments,” Mitchell said at a press conference. “When road conditions get this bad, we need to make sure that people understand they need to slow down. They need to understand that the road conditions are dangerous and that we have people out there trying to protect them.”

A few hundred miles away, in Dallas, 25-year-old Enrique Sanchez Munoz died Friday night after his car flipped and landed upside down in a creek. Another person in the car is in stable condition, according to NBC DFW.

Randall Hyatt, 58, drowned in Kiowa, Oklahoma, after being swept away in floodwaters while trying to get out of his truck, which was stalled on the highway, and an unidentified passenger died on the icy Interstate 80 in Iowa City when a semitrailer crashed and overturned, according to the Times Republican.

An elderly couple, 79-year-old Jerry Franks and 65-year-old Mary Sue Franks, were found dead inside their mobile home in Haughton, Louisiana, Saturday after a tornado traveling 135 mph blew through the area around 2 a.m., according to the Bossier Parish Sheriff’s Office. Their German Shepherd was found alive but injured, while one of their Chihuahuas was also killed. The second Chihuahua was still missing Saturday afternoon.

In Oil City, Louisiana, a large tree fell onto 75-year-old Raymond Holden’s home, crushing him to death in his bed, according to KLFY.