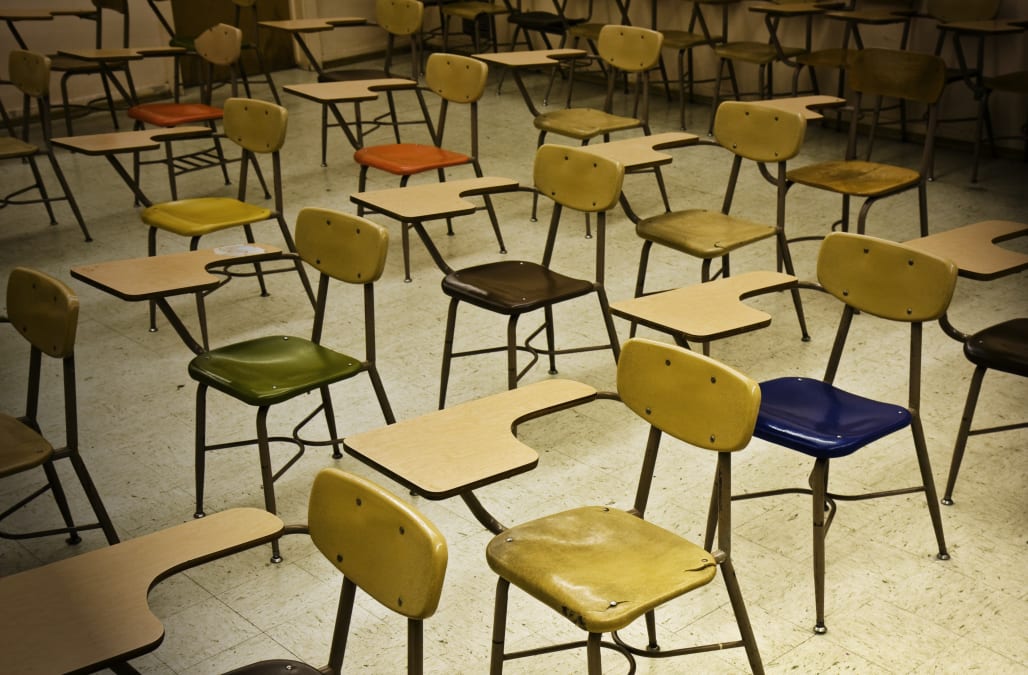 A teacher was arrested Wednesday for allegedly forcibly throwing a student out of a classroom in Buddy Taylor Middle School in Palm Coast, Florida.

Jeffrey Paffumi, 47, picked the 14-year-old student up out of his chair, carried him across the classroom on Tuesday, pushed him through a doorway and shoved him down the hallway, the Flagler County Sheriff's Office said in a statement.

Part of the incident was captured on cellphone video by another student.

According to an arrest report, the incident started when the teenager began playing music on his computer during class, NBC affiliate WESH reported. Paffumi reportedly told the student to turn the music down, but he refused. Paffumi took the 14-year-old student's computer away and the student then called him a disparaging name, the station reported.

The student told his parents about the incident on Tuesday night and they reported it to school administrators Wednesday morning.

"As a teacher you have to control your temper even when students test you," Staly said. "This is an unfortunate incident involving a teacher and a student. My daughter is a school teacher and I know from her how misbehaved some students can be, but as a teacher you must deal with it appropriately. Corporal punishment like the old days is not allowed today.”

Flagler Schools Superintendent James Tager said Paffumi's actions are not consistent with how educators are expected to act and behave and will not be tolerated. Tager said Paffumi was placed on leave pending the outcome of an investigation.

"I have stressed to my executive team the importance of handling this investigation with the utmost seriousness it deserves," Tager said. "I also understand a video shows only a portion of a particular incident, so this investigation will encompass the incident in totality and not just what was captured on a camera.”

The sheriff's office said Paffumi was arrested in 2012 for criminal mischief and charged with battery that same year for a physical disturbance.

Paffumi was released on his own recognizance Thursday morning, according to a sheriff's office spokeswoman.