Republican apologizes for saying Democrats 'in love with terrorists' 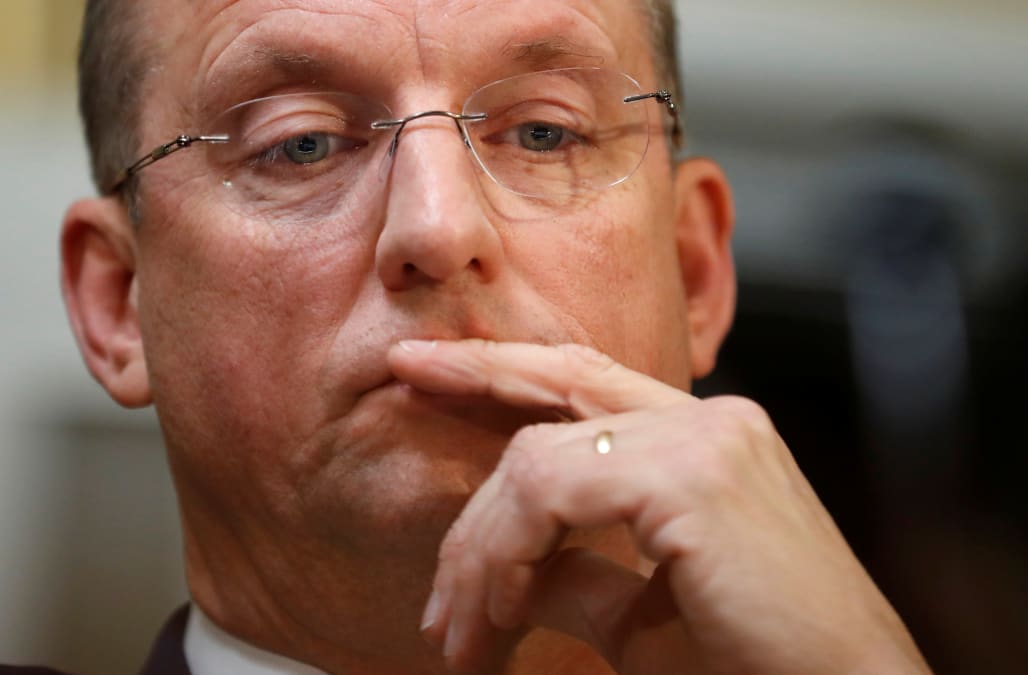 Rep. Doug Collins apologized Friday for saying that Democrats are “in love with terrorists” and mourn Iranian commander Qassem Soleimani more than they “mourn for our Gold Star families.”

In a five-part tweet posted Friday morning, the Georgia Republican, one of President Trump’s staunchest defenders during the House impeachment inquiry, walked back the remarks he made Wednesday during an interview with Fox Business host Lou Dobbs.

“Let me be clear: I do not believe Democrats are in love with terrorists, and I apologize for what I said earlier this week. The comment I made on Wednesday evening was in response to a question about the War Powers Resolution being introduced in the House and House Democrats’ attempt to limit the president’s authority,” Collins explained. “As someone who served in Iraq in 2008, I witnessed firsthand the brutal death of countless soldiers who were torn to shreds by this vicious terrorist. Soleimani was nothing less than an evil mastermind who viciously killed and wounded thousands of Americans. These images will live with me for the rest of my life, but that does not excuse my response on Wednesday evening. I remain committed to working with my colleagues in Congress and with my fellow citizens to keep all Americans safe.”

During Wednesday’s interview, Dobbs, one of the president’s most ardent supporters on cable television, took issue with the Democratic response to Trump’s order for Soleimani’s killing, prompting Collins with the question, “How venal, how vapid can one party become?”

“Nancy Pelosi does it again, and her Democrats fall right in line,” Collins responded. “One, they are in love with terrorists — we see that. They mourn Soleimani more than they mourn our Gold Star families, who are the ones who suffered under Soleimani. That’s a problem.”

Those remarks drew swift rebukes. Sen. Tammy Duckworth, D-Ill., a former Army helicopter pilot who lost both legs in the Iraq War, was perhaps the most succinct.

“I’m not going to dignify that with a response,” Duckworth said. “I left parts of my body in Iraq fighting terrorists. I don’t need to justify myself to anyone.”

Disgusting. As US ambassador to Russia, I became accustomed to addressing disinformation Putin propagated about Americans. I never expected that elected Members of Congress would engage in the same, making grotesque false statements about fellow Americans. Stop this nonsense. https://t.co/Y4oif0wv5j

Collins was not the only Republican to claim that Democrats who objected to Trump’s unilateral decision to kill Soleimani without consulting Congress were actually on Tehran’s side.

“The only ones who are mourning the death of Soleimani are our Democrat leadership and our Democrat presidential candidates,” Nikki Haley, former ambassador to the United Nations, said on Fox News.

Examining the substance of Haley’s claim, Politifact called it “ridiculous.”

“Most of the top congressional Democrats and the leading candidates for the Democratic presidential nomination have gone out of their way to say that Soleimani was a bad actor who is responsible for many deaths, including deaths of Americans,” Politifact’s Louis Jacobson and Amy Sherman wrote. “The few top Democrats who didn’t go out of their way to say something along those lines simply ignored him in their statements.”

Haley has not issued an apology, and neither has Trump, who felt emboldened in a Monday interview with Rush Limbaugh to declare that some Democrats were rooting for Tehran, saying, “Elements of the party [are] openly supporting Iran, an enemy of the United States.”

That sort of invective isn’t unusual for Trump, who regularly portrays Democrats in dire terms.