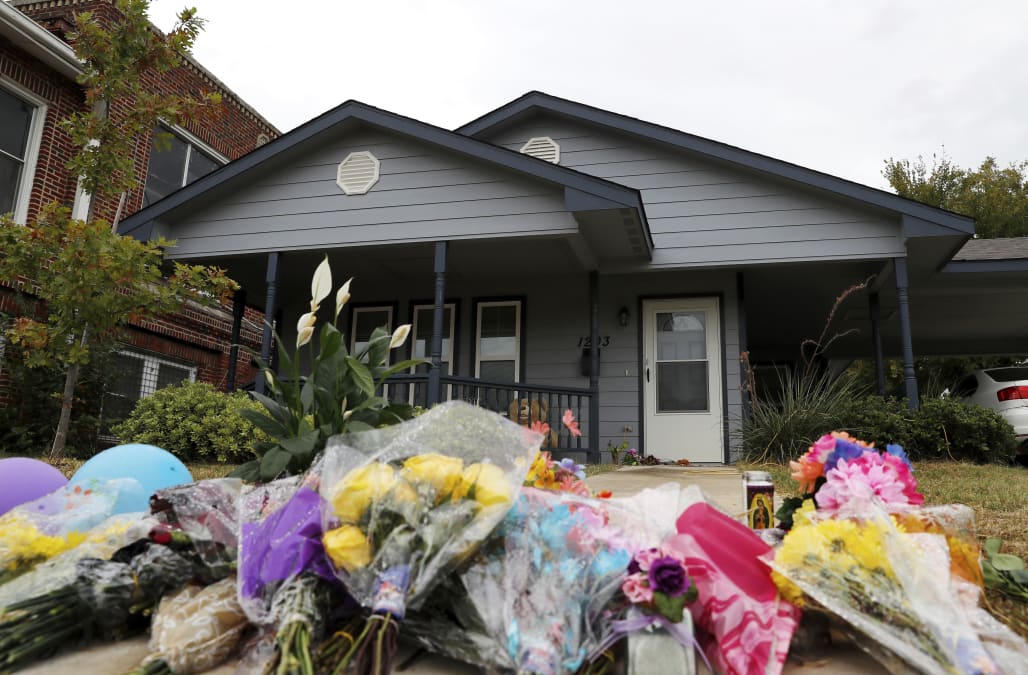 The mother of Atatiana Jefferson, an unarmed Black woman police fatally shot last year in her own home, was found dead early Thursday in Texas.

Yolanda Carr, 55, died in the same Fort Worth home where her 28-year-old daughter had been taking care of her, according to Lee Merritt, an attorney representing the family. Merritt did not provide the cause of Carr’s death, but said that she had “taken ill” just before her daughter died.

Police are investigating Carr’s death, according to KTVT-TV.

We just learned Yolanda Carr, the mother of #AtatianaJefferson, passed away in her home early Thursday morning. Atatiana was killed by a Fort Worth, TX police officer while serving as the caregiver for Ms. Carr who had recently taken ill. Memorial Service details will follow. pic.twitter.com/3YkSdCzuu4

A Fort Worth police officer killed Jefferson on Oct. 13, 2019, after a neighbor requested a wellness check at the home because he saw the lights on and believed the front door was open. Aaron Dean, a white male officer, entered the backyard and pointed his gun at one of the home’s windows, shooting into the house and killing Jefferson at about 2:30 a.m.

Jefferson had stayed up late that night to play video games with her 8-year-old nephew, who witnessed her death. Jefferson worked in pharmaceutical equipment sales and had moved in with Carr to take care of her and the house.

There was no indication that Dean or the other officers with him had identified themselves to Jefferson or knocked on the front door before shooting. Dean resigned from the police department and was charged with murder in Jefferson’s death. A Tarrant County grand jury indicted Dean in December.

The mother of #AtatianaJefferson has died in her home. This is her let public statement from her hospital bed after learning of Aaron Dean’s indictment on the charge of murder. pic.twitter.com/UQg00Te48v

“Even though I know we have a long way to go, at least we got the charge on him that he murdered my baby. At least we got that,” she continued with a smile. “One step at a time, I guess, but at least we know that justice was served and he will be accountable for murder.”

Merritt said he won’t speculate on what caused Carr’s death, but said police killings often take a medical toll on the families and loved ones of the victims, according to the Dallas Morning News.

“Unfortunately, as a civil rights attorney dealing with wrongful death, I see this often where families have medical issues usually related to the trauma experienced due to police brutality,” Merritt told the newspaper.