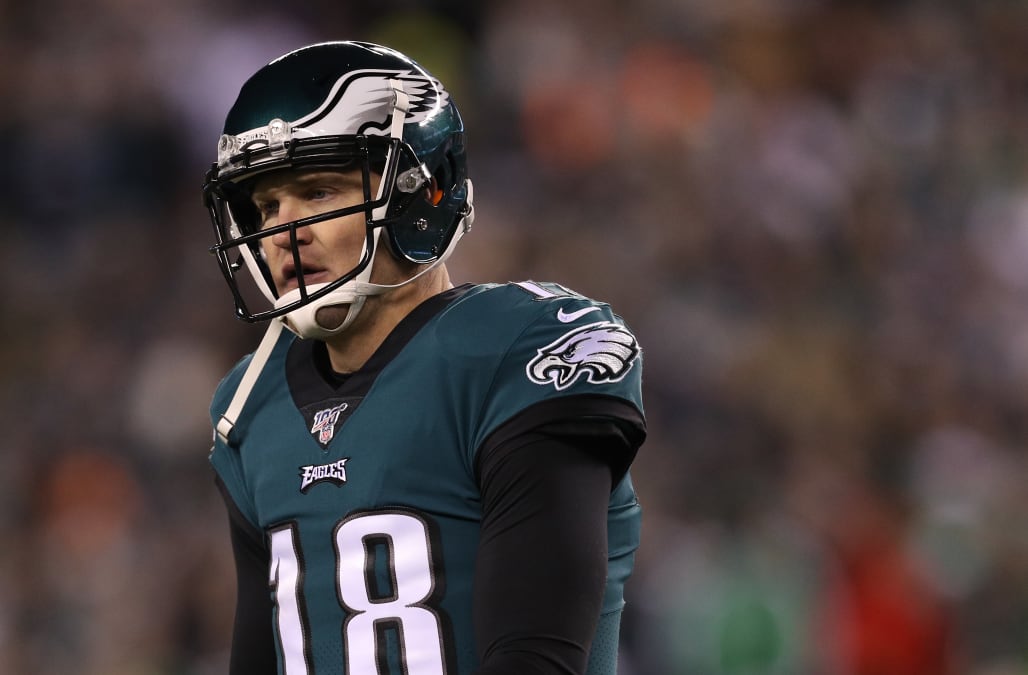 There’s a reason Philadelphia Eagles quarterback Josh McCown struggled during the team’s wild-card loss to the Seattle Seahawks. McCown says he tore his hamstring off the bone during the contest.

The 40-year-old McCown revealed that information on the Thomahawk podcast Thursday. When asked how he was feeling after the loss, McCown revealed he tore his hamstring in the second quarter.

The relevant part of the conversation begins at the 34-minute mark.

Have you ever pulled a hamstring just from standing still?@JoshMcCown12 has.

He talks with @joethomas73 and @Hawk about that, plus his first NFL playoff start at 40 and his widely anticipated decision on whether he's returning to the NFL.

Former Cleveland Browns lineman Joe Thomas asked McCown why he grabbed his butt during the game. McCown laughed and said he felt his hamstring pop after completing a throw. McCown said he felt a similar pop in the third quarter. He compared it to being bit by a dog. McCown said he never experienced a soft tissue injury prior to that game, and joked that it was a result of being 40.

McCown completed 18 of 24 passes for 174 yards in the loss. McCown said he couldn’t feel any power in his leg when he tried to move around on the field.

McCown later revealed that the hamstring tore off the bone. He’ll need surgery and faces a six-month recovery, according to Mike Garafolo of NFL Network.

All of that might explain why McCown broke down while heading to the locker room after the game. He didn’t just lose his playoff debut after a lengthy career in the NFL, he also suffered a significant injury during the contest.

While Eagles fans are upset about the loss, McCown’s injury perfectly sums up the team’s season. The Eagles were hit extremely hard by injuries in 2019. It’s only fitting that injuries also sunk the team when it mattered the most.