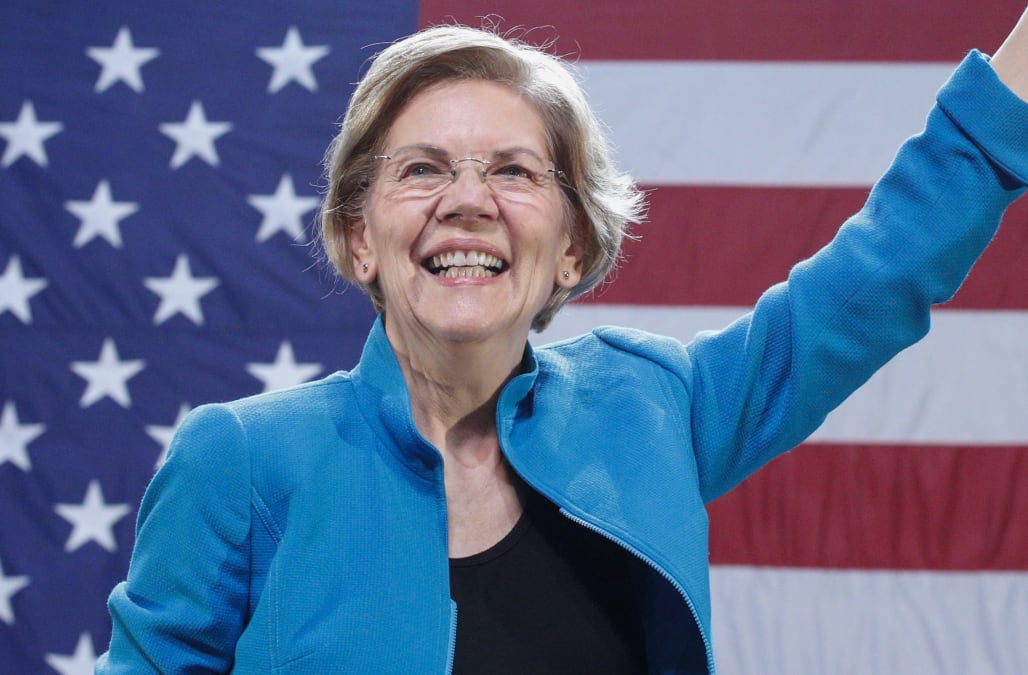 Sen. Elizabeth Warren is usually busy touting the plans she aims to enact if she becomes president, but in a new interview, she tackled other pressing issues — like dating.

In a new interview with Elle, the Democratic contender proved that her slogan, "Warren has a plan for that," applies to more than her presidential plans. The Massachusetts senator dished her advice on dating, getting a dog, the perfect selfie and paying off student loan debt.

The first question asked by an Elle reader is one that is all too familiar to many people dating in 2020.

"I've been casually dating a guy for the past three months, but now he's ghosting me. He won't return my texts, but he still looks at all my Instagram stories. What do I do?" the reader asked.

In response, Warren had some encouraging words: You deserve better.

"Give him up. You’re too good for him," she said. "If he wants to go silent, let him go. He is not the one for you. Guys who do that, nuh-uh. You’re better than that."

She later tweeted about the video with some extra advice, saying, "You deserve better. Dump the guy who ghosted you, convince the roommate to let you adopt a dog, and I'll take care of canceling your student loan debt!"

You deserve better. Dump the guy who ghosted you, convince the roommate to let you adopt a dog, and I'll take care of canceling your student loan debt! https://t.co/YIMb9o1Y8P

While this may generally be good advice, some people on Twitter couldn't help but question how it's possible to dump someone who already ghosted you.

"If the guy ghosted you, doesn’t that mean he dumped you? So how do you dump someone who already left you?" one person on Twitter pointed out.

If the guy ghosted you, doesn’t that mean he dumped you? So how do you dump someone who already left you? 😂 https://t.co/W0Oe4AMyeQ

Me, trying to figure out how to dump someone who already ghosted me: https://t.co/1oNFnKXOvIpic.twitter.com/GBG4vbJHHZ

Warren may not completely understand the concept of ghosting, but the one thing we learned to be true? Whatever the topic, the presidential hopeful "has a plan for that."

More from Aol.com:
Elizabeth Warren on Bloomberg 2020: 'I guess he figured it was cheaper than paying a two-cent wealth tax'
Michel Bloomberg says business experience is key to beating Donald Trump
Elizabeth Warren shuts down Meghan McCain in heated discussion on 'The View'