Trump: Soleimani was ‘looking to blow up our embassy’ 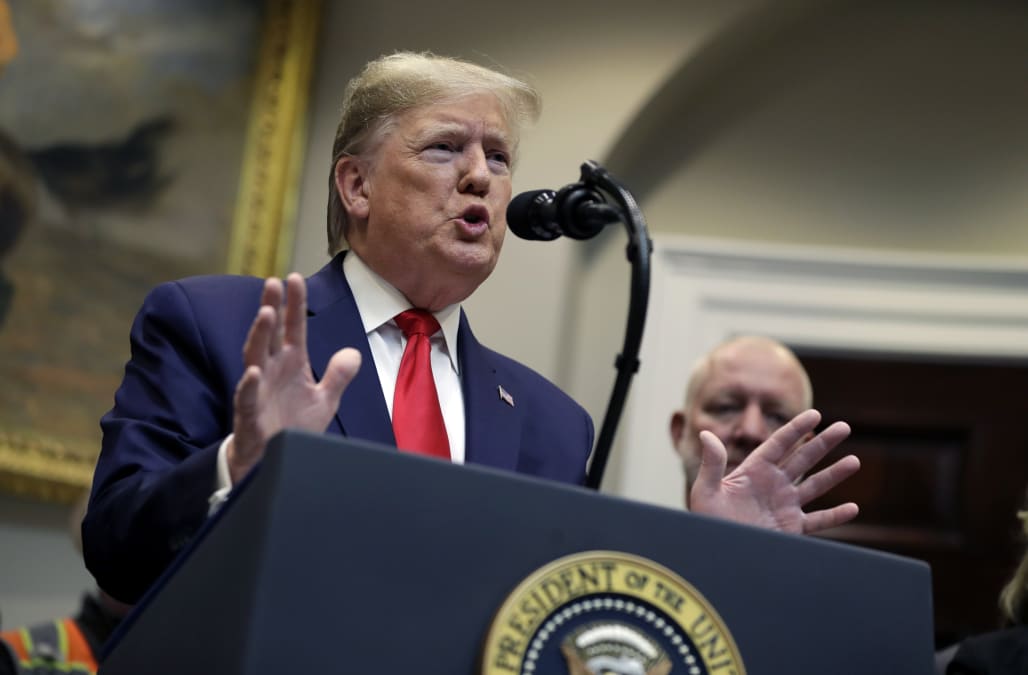 President Trump on Thursday continued to defend his decision to order the drone strike that killed Iranian Gen. Qassem Soleimani, claiming that the head of Iran’s Quds Force was planning an attack on the U.S. embassy in Iraq.

“They were looking to blow up our embassy,” Trump told reporters during a previously scheduled event at the White House. “We caught a total monster.”

But when pressed, Trump offered no new details, except to compare his decision to strike Soleimani with the deadly 2012 attack against two U.S. government facilities in Benghazi, Libya.

“This was the anti-Benghazi,” he said, adding that Soleimani, who commanded Iran’s intelligence and special-operations forces and Iranian-allied militias in Iraq, Syria and Lebanon, “had more than that particular embassy in mind.”

Trump’s comments came a day after administration officials briefed Congress on the intelligence that led him to order the airstrike that killed Soleimani at the airport in Baghdad Friday.

The White House has said Iran “was actively developing plans to attack American diplomats and service members in Iraq and throughout the region.” But the administration has yet to publicly disclose the intelligence that showed a threat was “imminent.”

Most Democratic lawmakers and two key Republicans emerged from Wednesday’s briefing unconvinced there was any imminent threat and dissatisfied with the administration’s insistence on its right to initiate future military strikes without congressional authority.

Sen. Mike Lee, R-Utah, erupted in anger, telling reporters that Trump officials “were unable or unwilling to identify any point” at which they’d come to Congress for authorization for the use of military force.

“To come in and tell us that we can’t debate and discuss the appropriateness of military intervention against Iran, it’s un-American,” Lee said. “That was insulting.”

Trump said that other senators told him the Iran briefing was the “greatest presentation they ever had.” The president said that he was surprised by the reaction from Lee, who called it the “the worst briefing I’ve seen, at least on a military issue, in the nine years I’ve served in the United States Senate.”

“I get along great with Mike Lee,” Trump said. “I’ve never seen him like that.”

Trump said he didn’t want to go to Congress for more authorization because “you have to make split second decisions.” The president also echoed the inflammatory comments from Reps. Kevin McCarthy and Doug Collins, who suggested Pelosi was defending Soleimani and that Democrats who supported the resolution were “in love with terrorists.”