The surveillance footage taken from outside Jeffrey Epstein's jail cell on the day of his first apparent suicide attempt has been permanently deleted, federal prosecutors said Thursday.

Epstein, the disgraced financier who was facing federal sex-trafficking charges, was found semiconscious in his cell at the Metropolitan Correctional Center in New York around 1:27 a.m. on July 23.

But that video is now gone because MCC officials mistakenly saved footage from a different floor of the federal detention facility, prosecutors said in a court filing.

The MCC "inadvertently preserved video from the wrong tier within the MCC and as a result, video from outside the defendant’s cell on July 22-23, 2019 no longer exists," the court papers say.

The FBI made the discovery last week while reviewing a copy of the video provided by MCC officials, prosecutors said.

"After reviewing the video, it appeared to the government that the footage contained on the preserved video was for the correct date and time, but captured a different tier than the one where (the cell housing Epstein and his cellmate] was located because the preserved video did not show corrections officers responding to any of the cells seen on the video.”

The filing was made in a case involving Nicholas Tartaglione, a former police officer in Westchester County, who was Epstein's cellmate on the day of the incident. Tartaglione is awaiting trial on charges of killing four men and burying them in his yard in 2016. Prosecutors allege that the ex-cop was involved in a cocaine distribution conspiracy. 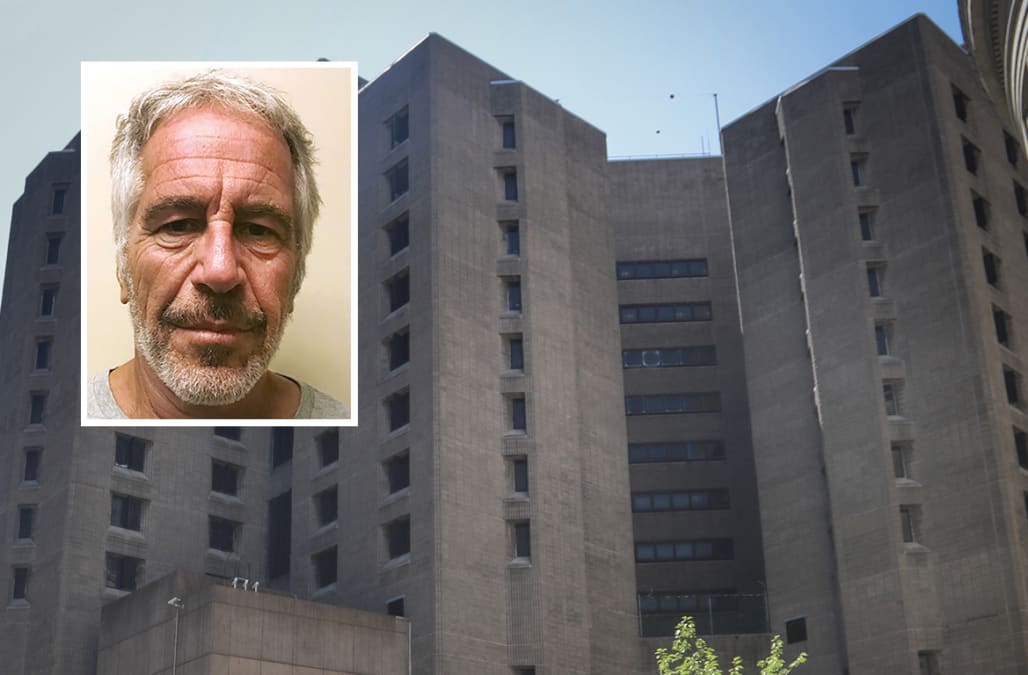 The July incident was investigated as a possible suicide attempt, assault or ruse by Epstein to get himself transferred to a different facility. Tartaglione's lawyer, as part of an effort to exonerate his client, asked the jail to preserve footage from outside the cell.

The MCC agreed to the request but officials saved the wrong video because of a clerical error. "The MCC computer system listed a different, incorrect cell for Tartaglione," prosecutors said in the court filing.

A backup video system was in place, but the requested video wasn't available due to unspecified "technical errors," the court filing says.

NBC News reported last August that Tartaglione was cleared of any wrongdoing in the July incident.

Epstein, 66, died by suicide inside his cell three weeks later.

MCC officials succeeded in preserving video footage from outside his cell that day. Prosecutors are using the footage as evidence against two guards accused of falsifying records and not performing the proper checks on Epstein the night he died.