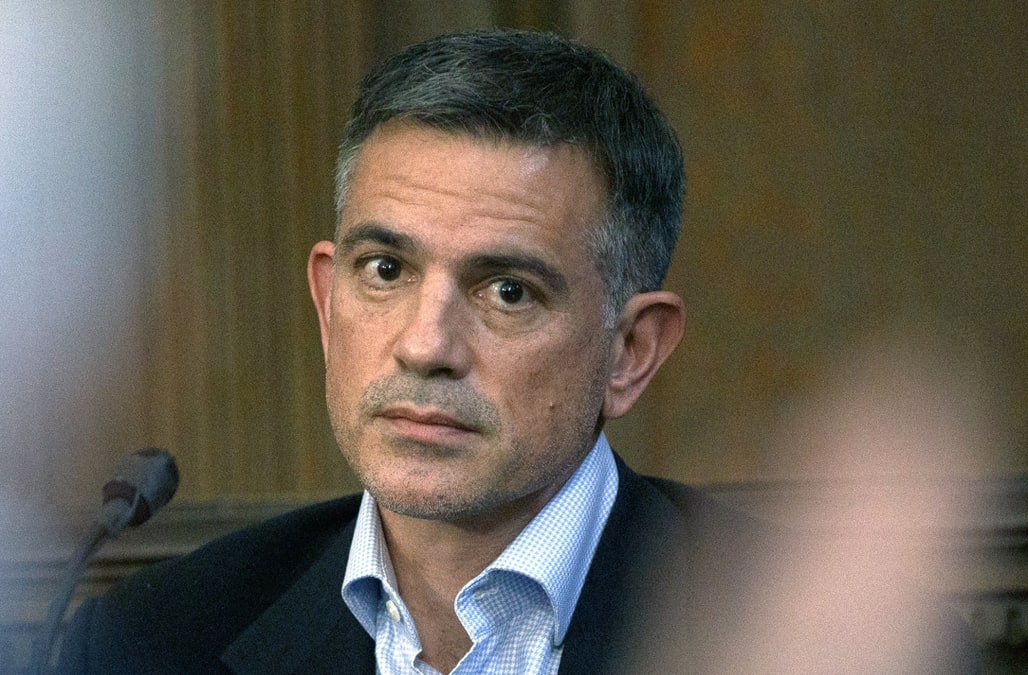 A long hole, described as a "shallow grave," was discovered on the grounds of an exclusive club before the disappearance of Connecticut mother Jennifer Dulos, according to authorities.

The club where the hole was found was established by a close friend of Jennifer Dulos' estranged husband, Fotis Dulos, who was charged Tuesday in her murder.

The friend, Kent Mawhinney, is also charged in the case, with conspiracy to commit murder.

According to Mawhinney's arrest warrant, two members of the Windsor Rod and Gun Club, Jay Lawlor and Lee McKay, were hunting there on May 18, 2019, when they happened upon a 2-foot-wide, 6-foot-long hole covered with barbecue grill grates.

Lawlor found a blue tarp and two unopened bags of lime inside the pit, the warrant said. McKay asked him, "What's the lime for?" Lawlor said, "For trying to rid of a body."

Lawlor later told police that the hole was, "One hundred percent a human grave." But the men didn't know of anyone who was missing, so they moved on.

Jennifer Dulos vanished on May 24, six days after the hole was discovered.

In early June, Lawlor went back to the club "and found the hole had been filled and covered — "as neat as a pin" — with leaves and sticks so that it wasn't apparent that a hole had been there," according to the warrant.

He reported the finding to police at the end of the month. Mawhinney founded the club, but had ceased to be a member about five years ago. However, Lawlor knew that Mawhinney had contacted another member in March or April, expressing that he wanted to rejoin. He was given a key, and then stopped asking about renewing his membership, the warrant says.

Investigators went to the club to investigate the hole, and found it, but there were no signs of a body inside.

Police spoke with Mawhinney on two occasions. While Dulos' girlfriend, Michelle Troconis, who was also charged Tuesday with conspiracy to commit murder, told police she saw him in Fotis Dulos' house on the day Jennifer Dulos went missing, Mawhinney denied he saw or had contact with Fotis Dulos.

Investigators pointed out that phone records indicate Dulos called Mawhinney on May 24. Still, he denied recalling any contact with his friend, claiming he had fallen on May 25 and suffered a concussion. He also had to replace his cellphone after breaking his the one he had on May 24 in the fall, he told police.

More from NBC News:
Inmate who escaped in South Carolina 40 years ago arrested in Delaware
Doorbell camera captures woman being beaten, possibly abducted
Remains found in Idaho cave ID'd as outlaw who died over 100 years ago