Pope warns of risks from US-Iran tensions in policy speech 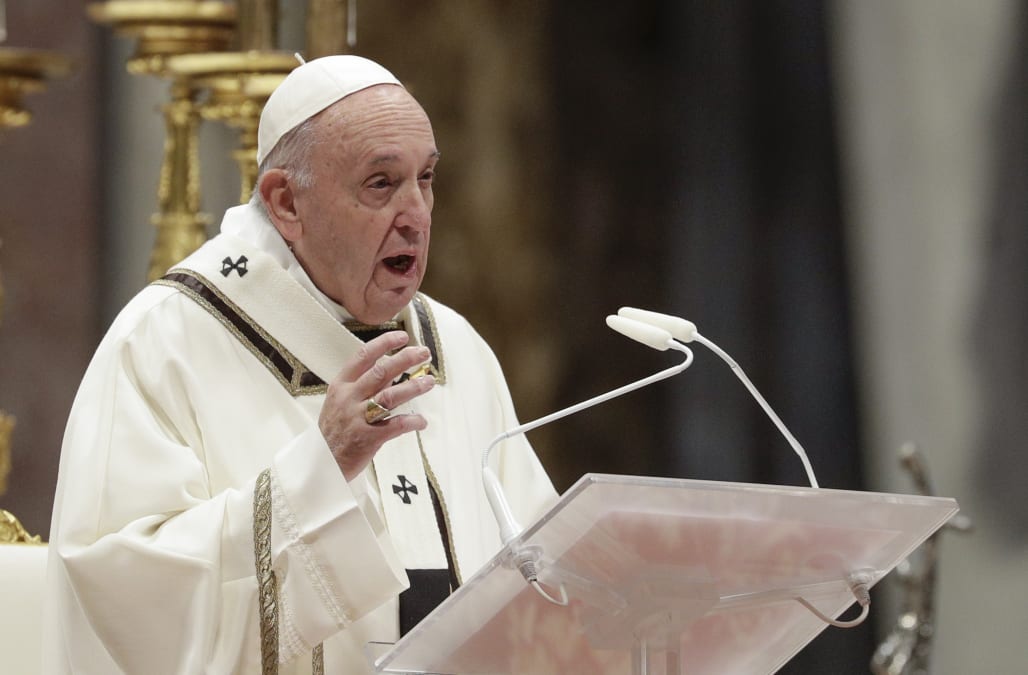 VATICAN CITY (AP) — Pope Francis warned Thursday that increasing tensions between the U.S. and Iran are setting the stage for a broader conflict in the Mideast while jeopardizing efforts to rebuild Iraq.

Speaking to ambassadors accredited to the Holy See, Francis denounced the “pall of silence” among world leaders about the long-running war in Syria, the humanitarian crisis in Yemen and the intensified fighting in Libya in his global roundup of areas of concern for the Catholic Church.

Francis had hoped to travel to Iraq this year to minister to faithful who have endured years of attacks and persecution by the Islamic State group. No trip was ever confirmed, however, and it’s not clear how increased instability in Iraq might affect Vatican planning. But Francis made clear the American strike and Iran’s response to it was worrisome in the volatile region.

“Particularly troubling are the signals coming from the entire region following the heightening of tensions between Iran and the United States, which risk above all compromising the gradual process of rebuilding in Iraq, as well as setting the groundwork for a vaster conflict that all of us would want to avert,” Francis told the ambassadors in the frescoed Sala Regia. “I therefore renew my appeal that all the interested parties avoid an escalation of the conflict and keep alive the flame of dialogue and self-restrain in full respect of international law.”

Francis opened his remarks by praising the hope of young people, particularly as they take the lead in demanding greater attention to the threat of climate change.

Francis has made caring for the environment a pillar of his papacy. Vatican officials have praised the global youth movement sparked by Swedish teen climate activist Greta Thunberg, who met with Francis last year.

In his remarks, Francis lamented with “grave concern” that international leaders appeared deaf to the cries of the planet, the poor and the young who are demanding faster action to curb global warming. He cited the failure of leaders to approve new rules to reduce carbon emissions at a Madrid climate conference last month.

The U.N. conference outcome, he said, “raises serious concern about the will of the international community to confront with wisdom and effectiveness the phenomenon of global warming, which demands a collective response capable of placing the common good over particular interests.”

“The time has come for political leaders to realize that a safer world comes about not by the deterrent possession of powerful means of mass destruction, but rather by the patient efforts of men and women of good will who devote themselves concretely, each in his or her own field, to building a world of peace, solidarity and mutual respect,” he said.

This story corrects the spelling of Greta Thunberg's latest name.