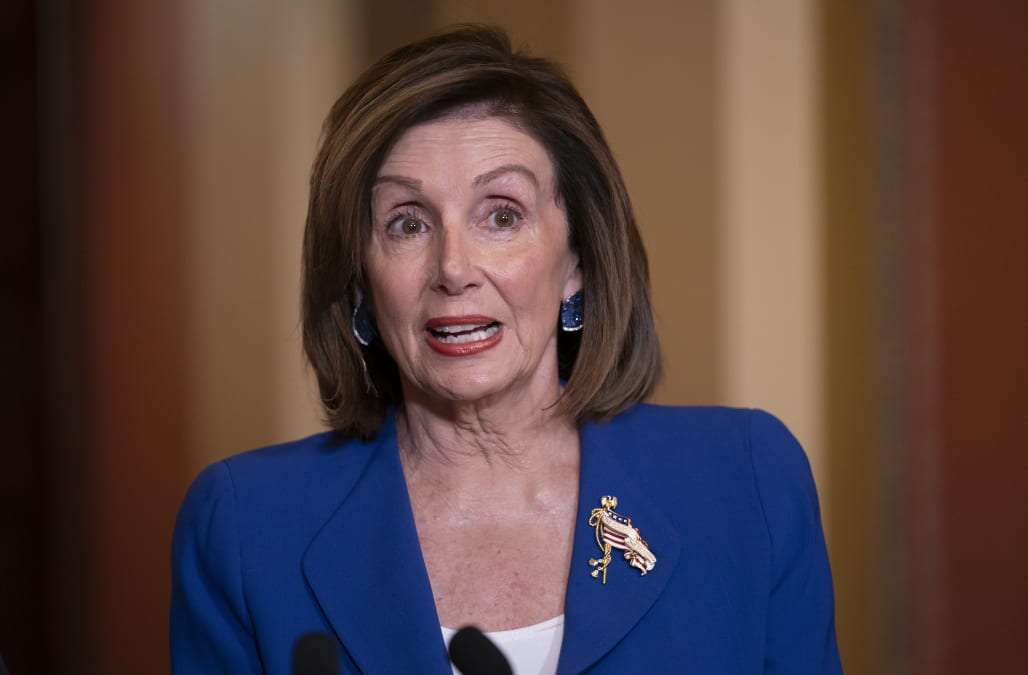 WASHINGTON, Jan 9 (Reuters) - U.S. House Speaker Nancy Pelosi on Thursday said she would transmit the articles of impeachment on President Donald Trump when she is ready, adding that House Democrats still need to see the Senate's planned rules for the impeachment trial.

"I'm not holding them indefinitely," Pelosi told reporters at a news conference on Thursday. "I'll send them over when I'm ready. And that will probably be soon."

It also charged the Republican president with obstructing Congress by directing administration officials and agencies not to cooperate with lawmakers' impeachment inquiry.

Pelosi, however, did not immediately send the articles over to the Senate, where Trump's fellow Republicans control the chamber and would lead the trial.

Democrats have been pressing for guarantees that the Senate proceedings will allow witness testimony, but Senate Majority Leader Mitch McConnell has said he plans to defer any decision on witnesses until after the trial starts.

"At some point we would hope that we would see from them what the terms of the engagement will be. We are ready," Pelosi said. "We should move smartly and strategically."

Pelosi added that House Democrats were concerned that senators would not be able to live up to their oath to serve as impartial jurors. (Reporting by David Morgan and Lisa Lambert; writing by Susan Heavey; editing by Chizu Nomiyama and Jonathan Oatis)