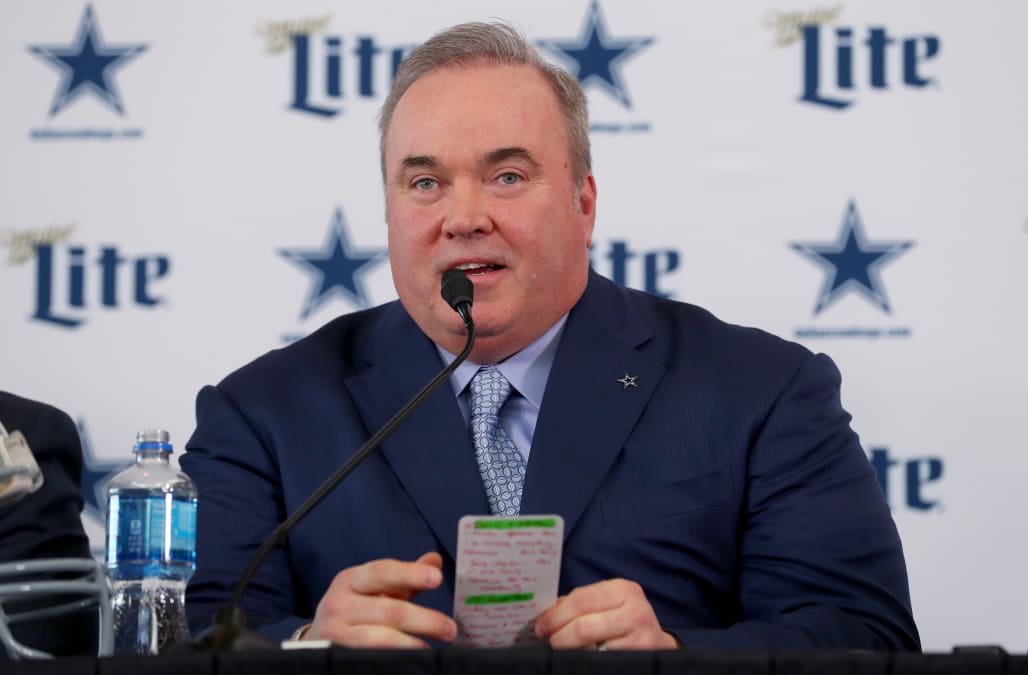 Mike McCarthy was introduced as the new head coach of the Dallas Cowboys on Wednesday.

At the press conference, McCarthy spoke of his excitement for the opportunity. After 13 seasons leading the Green Bay Packers, McCarthy was out of the NFL during the 2019 season but spent his year off studying the league's trends and developing a new perspective on the game in order to be prepared for when his next opportunity arose.

Apparently, Jones liked McCarthy's pitch, hiring him to take over one of the most scrutinized coaching positions in sports.

As McCarthy revealed in his introductory press conference, he gave Jones the hard sell while interviewing for the job. In fact, like so many of us have when reaching for a job we want, McCarthy admitted to fudging the truth a little bit to get Jones on his side.

While sitting down with Jones, McCarthy told the Cowboys owner that he had analyzed every snap of the team's season in 2019. When a reporter asked what specifically he learned from that exercise, McCarthy came clean.

It wasn't the only joke that McCarthy would crack during his introduction, speaking to the athleticism of Dez Bryant's infamous catch/no-catch that occurred during the Cowboys-Packers game in 2014.

Mike McCarthy on if Dez Bryant caught it: “I’ll say this ... that was one hell of an athletic play. ... It was a great catch, I can say now. But it wasn’t then, technically.”

Jones clearly believes in McCarthy and his ability to bring the Cowboys back into the conversation as one of the best teams in football. That said, after McCarthy's admission, he might be rethinking any of the bolder claims his new coach made during his interview.

Tom Brady announced he is not ready to retire from the NFL on Instagram, and stars from David Beckham to Venus Williams have voiced their support

Larry David says he tried to convince the old Jets GM to draft Lamar Jackson, but only got a condescending answer in return