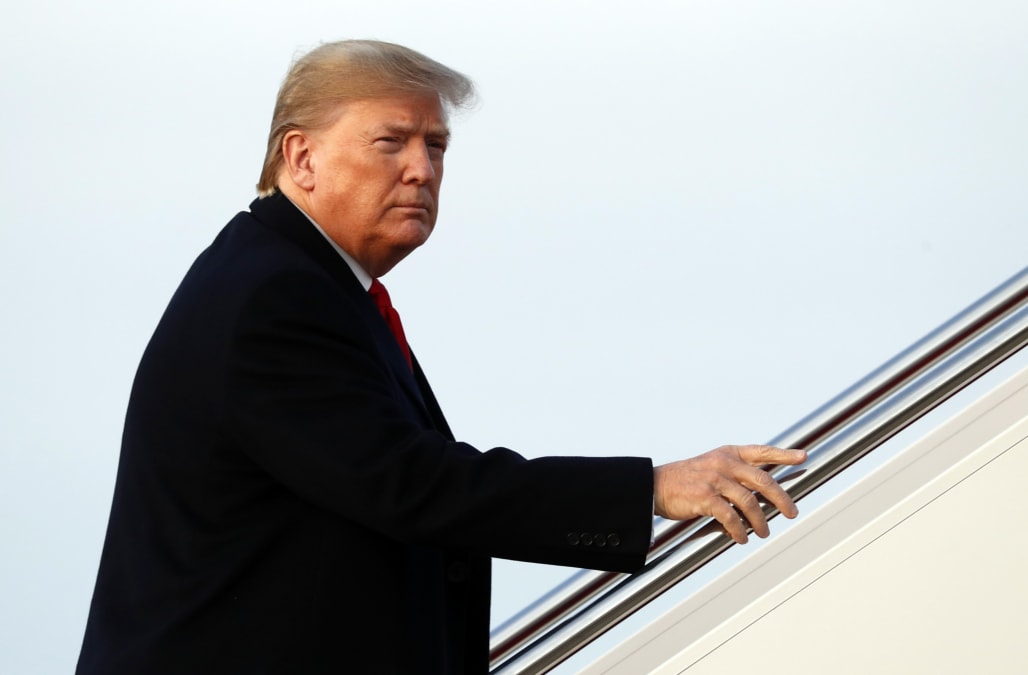 By a vote of 224 to 194, with three Republicans and one independent in support and eight Democrats against, the House approved the war powers resolution forbidding the president from attacking Iran unless there’s an imminent threat or Congress declares war.

The measure is mostly symbolic, though Democrats have said they may follow it with additional votes to constrain Trump’s actions toward Iran.

Democrats moved forward with the resolution after they said the administration failed to justify the killing of Iranian military leader Qassem Soleimani in closed-door briefings on Wednesday. They had earlier hesitated to schedule a vote after Iran on Tuesday fired missiles at Iraqi bases housing U.S. troops.

The fate of the resolution is uncertain in the Senate, where it would need Republican votes to pass. Two Republican senators, however, said on Wednesday that they might support curtailing the president’s war powers because the Trump administration has done such a bad job justifying the Soleimani assassination.

Even if the House measure, introduced by Rep. Elissa Slotkin (D-Mich.), passed both chambers, it’s only a concurrent resolution, which does not go to the president for his signature and would likely have no actual effect on Trump’s ability ― or willingness ― to launch attacks on Iran. A joint resolution, by contrast, would have the force of law once signed by the president.

“This is a statement of the Congress of the United States and I will not have that statement be diminished by whether the president will veto it or not,” she said.

Pelosi had previously said the House might also vote on efforts to repeal the 2002 Authorization for Use of Military Force Against Iraq, or AUMF, which the administration used as the legal basis for killing Soleimani, as well as another measure prohibiting funds for fighting Iran.

It’s kind of a rock and a hard place.Rep. Alexandria Ocasio-Cortez on the debate over congressional tactics

The 1973 War Powers Resolution states that a president is required to remove forces from the battlefield if Congress directs it to via concurrent resolution. But in 1983 the Supreme Court, in a case concerning a different law, ruled that Congress may not issue what amounts to a legislative veto of executive branch actions.

Still, House Democrats say it’s the best they can do.

“If we went another way and sent it to the president, he’ll veto, so what does that get you?” House Rules Committee chair Jim McGovern (D-Mass.) told HuffPost.

Senators leading the effort to limit the president’s war-making powers are moving forward with a different strategy, however.

Last week, Sen. Tim Kaine (D-Va.) introduced a similar war powers measure as a joint resolution, which would go to the president. Kaine said Thursday that he preferred his approach, which has so far garnered the tentative support of two of the four Republicans he would need to secure its passage.

“I think we would like to try to get one to the president’s desk,” Kaine said, adding that it was more likely he could force a floor vote on his bill than on the House measure.

Sen. Mike Lee (R-Utah), who is leaning toward supporting Kaine’s resolution, argued that using a concurrent resolution to try to limit the president’s war powers renders the effort “toothless” and presents merely a symbolic rebuke. The House’s strategy, he added, “makes no sense because it has no chance of going anywhere.”

But Rep. Alexandria Ocasio-Cortez (D-N.Y.) pointed out that Trump previously vetoed a joint resolution aimed at withdrawing U.S. forces from Yemen, making the debate over legislative tactics mostly moot. It would take 67 Senate votes to override a presidential veto ― an extremely high threshold to meet with most Republicans strongly backing the president.