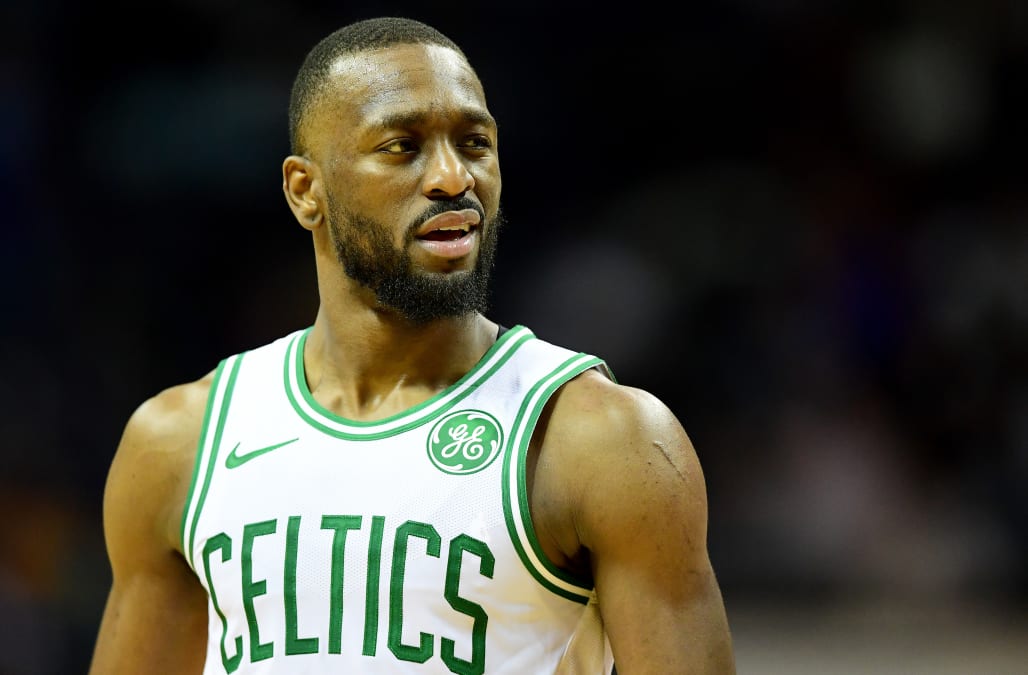 A simple game between the Boston Celtics and San Antonio Spurs quickly morphed into chaos on Wednesday after a hard screen by LaMarcus Aldridge on Kemba Walker.

Midway through the third quarter, Aldridge hit Walker with a blindside screen that caused the point guard to crumple to the ground. Despite appearing to be dirty, no call was made by the refs.

That triggered a livid reaction from Walker, who angrily berated the official until he had two technical fouls and the first ejection of his career. Celtics coach Brad Stevens also received a tech.

Kemba Walker said he thought the ref missed a call, he voiced his opinion and the rest was history.

“It was his choice. Obviously it’s on those guys to make a decision. And he made it.”

The TD Garden crowd was outraged as the incident played out, to the point that someone threw what appeared to be a beer at the Spurs bench.

1. Kemba gets laid out on a hard screen
2. Kemba gets ejected
3. Celtics fan throws a beer at the Spurs bench

The fan who threw the drink has since been identified and arrested, according to ESPN’s Tim Bontemps.

Adding insult to injury, it was Aldridge (an .851 free throw shooter this season) who took the three technical free throws that put the Spurs up 78-69 as the incident ended. The Celtics would end up losing 129-114, dropping their record to 25-10.