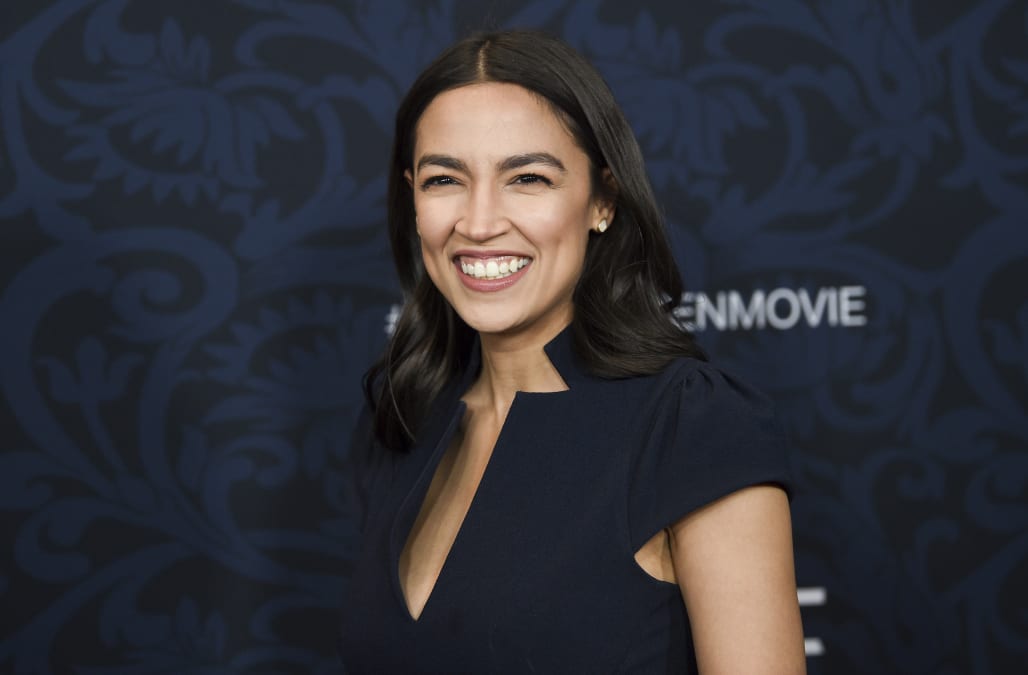 “So we just did something big,” the lawmaker revealed in an Instagram story on Monday. She then introduced the cute canine, who is believed to be a French Bulldog. “Hey boo boo. Hi. Welcome to our family,” she said in the clip, above.

Ocasio-Cortez wrote she was thinking of naming the dog “something Star Trek related or Bronx/Queens/NYC/social good related.”

On Twitter, she explained “the goal is to train him to be a community pup.”

“Ideally we want to work to the point where he can enjoy town halls, be an Amtrak pup, come to the office, etc.,” Ocasio-Cortez added.

Yes! 🐶 the goal is to train him to be a community pup. Ideally we want to work to the point where he can enjoy town halls, be an Amtrak pup, come to the office, etc.

It’s unclear where Ocasio-Cortez got the dog from. Her office did not immediately reply to HuffPost’s request for further information.

The pooch received a warm welcome on social media, however, where many owners responded by sharing snaps of their own pups:

Hello from Brooklyn, little one! pic.twitter.com/cqsJ7T1DRA

Welcome to the frenchie family. All they do is nap nap nap. pic.twitter.com/opxM5KDYdg

This is my guy Carter. He’d be thrilled to join you guys for walks when yours is ready to socialize. pic.twitter.com/NbQRM1coPv

OMG!!!! Gonna need to swing down to DC and get cuddles <3

He is so precious pic.twitter.com/z3dDPxBX07

He's beautiful. Congratulations on your new baby. I have three dogs and two cats - all rescues. They make life so much more enjoyable. #RescueDogs#RescueCatspic.twitter.com/7bPpXj3fJQ

Gorgeous. This is Bella the French bulldog. pic.twitter.com/bdFW9gPfyh

My little guy is 7.5 years old now. The most important thing I've learned: grain-free food, and, ideally, raw frozen - nothing but protein, vegetables, and vitamins. Makes for a super healthy pup pic.twitter.com/O00vnLAD3l