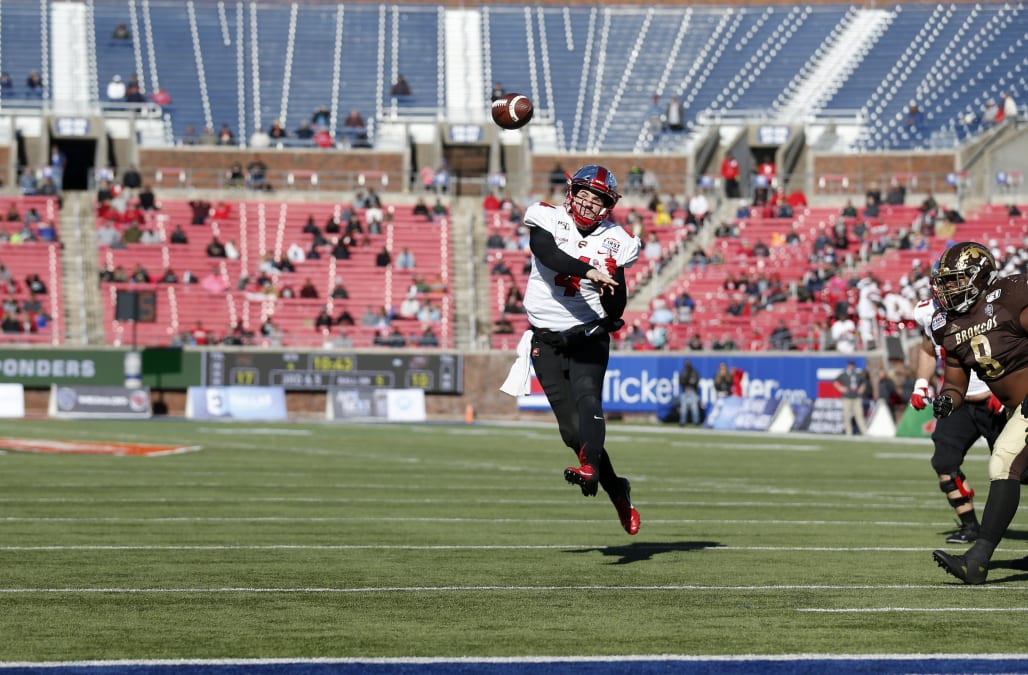 The Associated Press analyzed attendance numbers for 33 second- and third-tier Bowl Subdivision bowl games this season. The analysis did not include the so-called New Year's Six bowls because year-to-year comparisons are difficult since those games are part of the College Football Playoff semifinals rotation. Among the findings:

— Average announced attendance was 34,595, 1 percent higher than 34,215 last season (the 2018-19 average was based on 32 games because the First Responder Bowl was canceled because of weather). The increase can be attributed to the Gator Bowl's announced crowd of 38,206 for Texas A&M-North Carolina State in 2018 growing to 61,789 for Tennessee-Indiana.

— Proximity can help: The Gasparilla Bowl in Tampa featured nearby UCF and a record announced crowd of 28,987 showed up. The Quick Lane Bowl in Detroit set a record of 34,765 with Eastern Michigan playing. The Texas Bowl in Houston drew 68,415 — 16,000 more than last year — because Texas A&M was there and played former Big 12 rival Oklahoma State.

— New Year's Six games that didn't host CFP semifinals, and were not included in the AP's analysis, took a hit this year. TV viewership for all four was down. The Cotton Bowl between Penn State and Memphis drew 54,828, the smallest crowd since 1948. The Sugar Bowl between Georgia and Baylor had 55,211, the third time since 2013 the crowd has not reached 60,000.