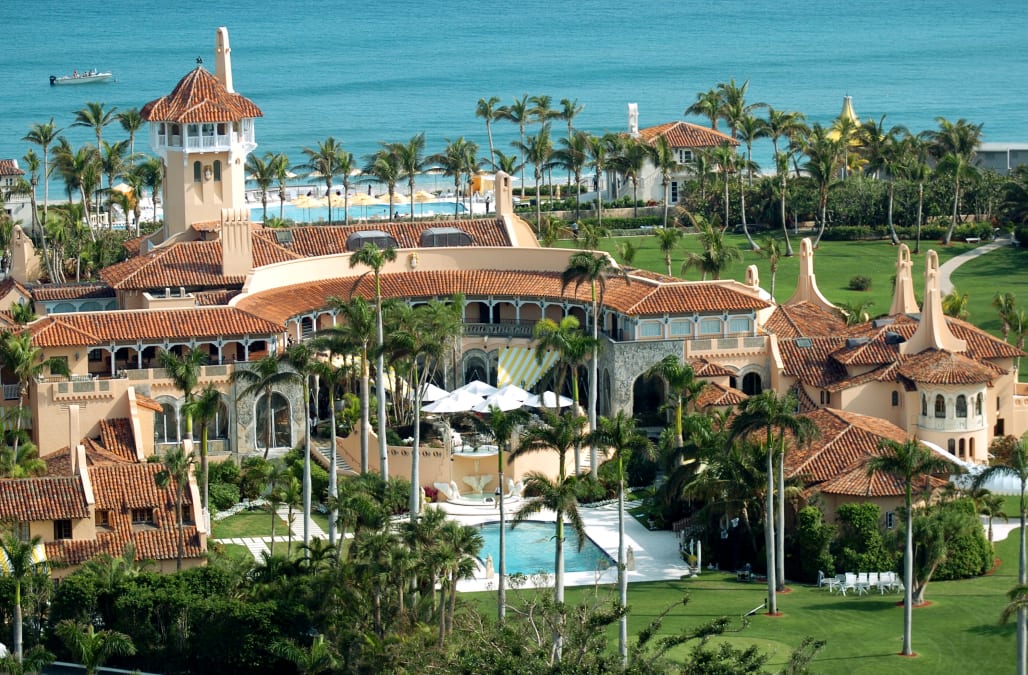 FORT LAUDERDALE, Fla. (AP) — There was an unspecified incident involving the Secret Service at President Donald Trump's Mar-a-Lago club in Florida, but authorities would not say Tuesday what happened — the latest in a series of incidents at the club since the president took office three years ago.

Palm Beach police records show officers were called to Mar-a-Lago on Monday night to assist the Secret Service but most of the report is redacted, including the name of the individual who was contacted.

Police spokesman Michael Ogrodnick said the Secret Service is the lead investigative agency in the matter and his department has no comment. The Secret Service asked that a request for comment be submitted by email. It did not immediately respond to the email. The White House press office declined comment.

The president and his family were not at Mar-a-Lago on Monday. They had left the club Sunday for Washington, D.C., after spending the previous two weeks at the resort. Security at the club and other Trump properties has been heightened since last week when the U.S. military killed a top Iranian general in a surprise attack in Iraq.

On Sunday night, an hour before Trump departed from Palm Beach International Airport, a Florida man who had been dishonorably discharged from the Marines for sex offenses was arrested after authorities said he got past two checkpoints by falsely identifying himself as part of the president's helicopter crew.

Mar-a-Lago has had its own security breaches, with at least three trespassing events over the past 14 months, two of them involving Chinese nationals.

Last month, Jing Lu, 56, was confronted by the private club's security officers and told to leave, but she returned to take photos, police said. She then fled. Palm Beach officers were called and arrested her about a mile (1.6 kilometers) away in downtown Palm Beach's tony shopping district. Lu was charged with loitering and prowling. Her case is pending. Neither the president nor his family was at the club.

In March, Yujing Zhang, a 33-year-old Shanghai businesswoman, gained access to Mar-a-Lago by telling Secret Service agents she was there to swim. Club staff then confused her for a member's daughter and admitted her before she was stopped in the lobby by a suspicious clerk who alerted other agents.

Zhang was carrying a laptop, phones and other electronic gear, which led to initial speculation that she might be a spy, but she was never charged with espionage and text messages she exchanged with a trip organizer indicated she was a fan of the president and wanted to meet him or his family to discuss possible deals.

Zhang was found guilty in September of trespassing and lying to Secret Service agents. She was sentenced in November to time served and ordered deported.

In another Mar-a-Lago trespassing case, a University of Wisconsin student was arrested in November 2018 after he mixed in with guests being admitted to the club. He pleaded guilty in May to a misdemeanor and received probation.

In the incidents involving Zhang and the Wisconsin student, Trump and his family were staying at the resort, but none were ever threatened.

Mar-a-Lago is more vulnerable to unlawful intrusion than previous presidential retreats because it is a working business that admits members and their guests daily on to the grounds, even when the president is present.

With the Atlantic Ocean to the east and Florida's Intracoastal Waterway to the west, Mar-a-Lago sits on the Palm Beach barrier island, a 128-room, 62,500-square-foot (5,8000-square-meter) symbol of opulence and power. The Trump family business doubled the initiation fee to $200,000 after the president was elected in 2016. He spends many weekends between November and April there, mingling with the club's 500 members, who pay $14,000 in annual dues to belong. New members pay a $200,000 initiation fee.

Federal agencies spent about $3.4 million per Trump visit to the resort, much of it on security, according to an analysis of four 2017 trips by the U.S. Government Accountability Office. The Secret Service doesn't decide who is invited or welcome at the resort; that responsibility belongs to the club. Agents do screen guests outside the perimeter before they're screened again inside.