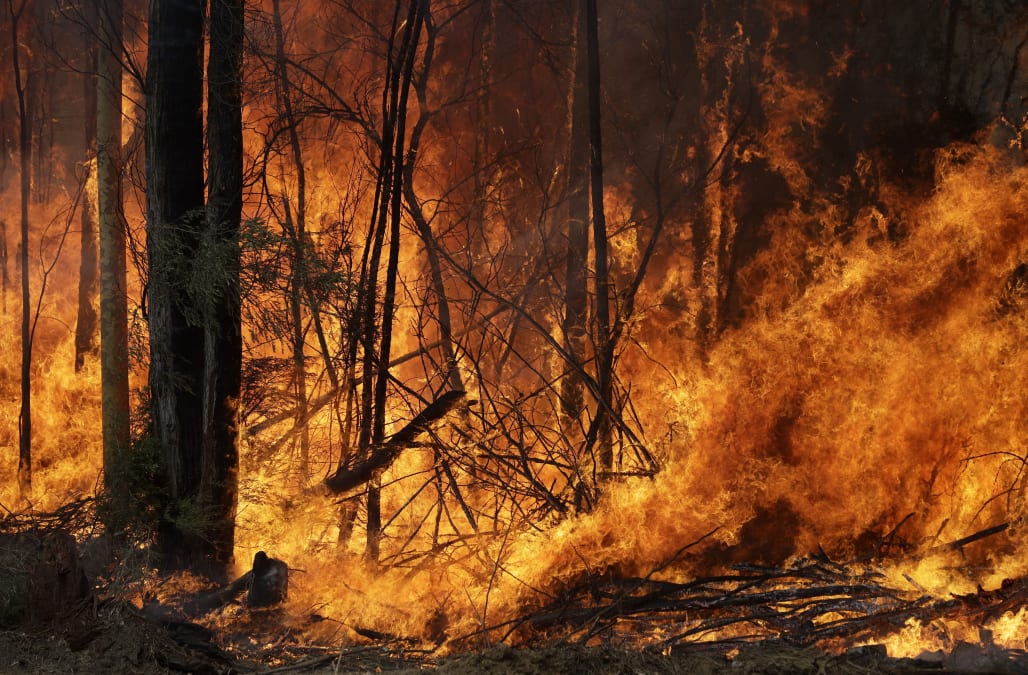 Nine NBA players with ties to Australia have pledged $750,000 to efforts to combat the devastating wildfires that have gripped their home country.

The toll continues to rise from multiple wildfires that have broken out across the country.

The toll of the fires

Estimates reported by Bloomberg on Monday show that more than 25 million acres — an area larger than Indiana — have burned since the start of fire season. By comparison, the deadly California wildfire season in 2018 burned 1.7 million acres.

At least 24 people have died in the fires that have forced people to escape to beaches to avoid the flames.

Almost half a billion animals dead

“Highly conservative” estimates by the University of Sydney show that more than 480 million animals have perished. Images of koalas and kangaroos burned in the fires have drawn increased attention to Australia’s plight.

An injured koala drank water from an emergency worker's water bottle as wildfires burned on Kangaroo Island, Australia Sunday. More than 350 acres on the island have burned. Wildlife officials said half of the animals on the island have either died or will die due to the fires. pic.twitter.com/bZxF7wx6Gl

The economic impact of the fire season that is just halfway over is not yet clear, but Yahoo Finance reports that the cost in Sydney — which is tangentially affected by the blazes — alone amounts to $50 million a day.

The fires have resulted in an increased focus on climate change and its impact on the planet.

“We are heartbroken over the devastation these fires are causing all across our homeland,” a joint statement from the NBPA and the contributing players reads. “Our thoughts are with our families, friends and all of the people of Australia.

“We hope you feel our love and support and know that we will continue to bring awareness to this crisis globally and provide assistance in any way we can.”