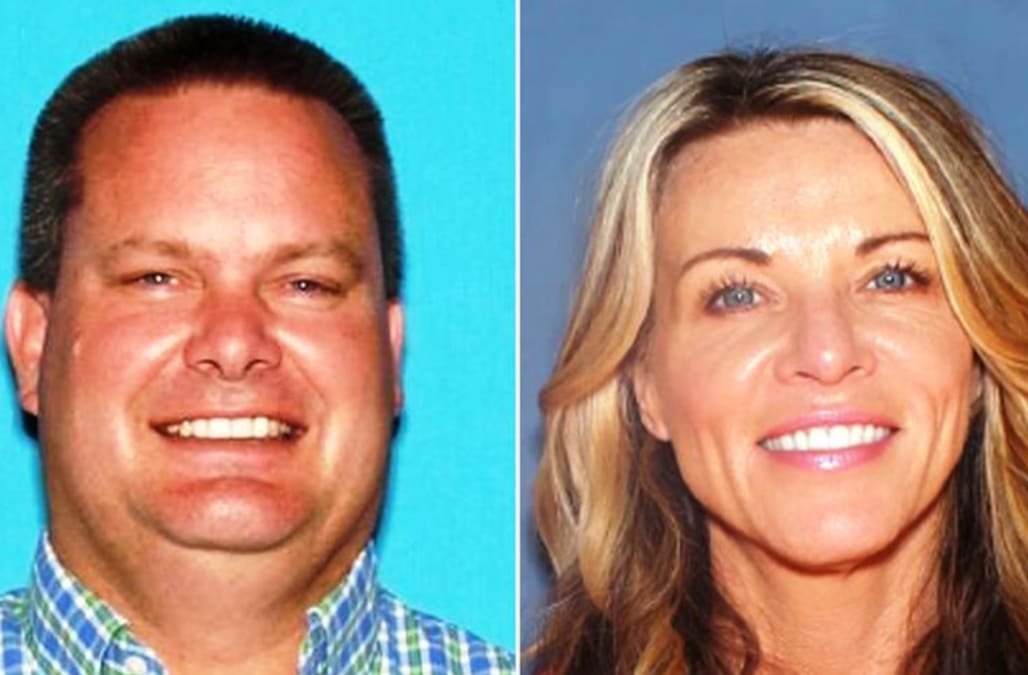 Lori Vallow’s late husband painted a troublesome picture in divorce papers filed in February, months before her brother shot and killed him.

Vallow had “become infatuated at times obsessive about near death experiences and spiritual visions,” her then-husband, Charles, wrote in a filing obtained by Fox 13.

“Mother has told Father [Charles Vallow] that she is sealed [eternally married] to the ancient Book of Mormon prophet Moroni and that she has lived numerous lives on numerous planets prior to this current life," Charles Vallow wrote. “On January 29, 2019, during a phone conversation between the parties and after their physical separation, Mother informed Father that she was a God assigned to carry out the work of the 144,000 at Christ’s second coming in July 2020 and that if Father got in her way of her mission she would murder him.”

Mother of missing Idaho siblings may know where kids are, but still not cooperating: police

Vallow also allegedly threatened to kill her husband “if he got in her way” during her mission as a God “to carry out the work of the 144,000 at Christ’s second coming in July 2020,” according to the court documents, and said she had “an angel there to help her dispose of the body.”

Lori Vallow and new husband Chad Daybell, who got married weeks after Daybell’s wife died, are wanted in questioning in the disappearance of Vallow’s two children, Joshua (JJ) Vallow, 7, and Tylee Ryan, 17.

Joshua and Tylee, who were last seen in September, are believed to be in danger, according to police.

In late November, police conducted a welfare check after relatives grew concerned they hadn’t heard from Joshua, Vallow’s adopted son. The newlyweds told investigators that Joshua was staying with a family friend in Arizona, but that proved to be false.

A day after the Arizona home turned up empty, the Rexburg police served a search warrant at the Daybells’ house, but found that the couple had “abruptly” left their home and fled the area.

Last week, officials said Vallow and Daybell have been lying about her children, including telling witnesses that Tylee had died a year before her father and, separately, that Vallow had no minor children.

“We know that the children are not with Lori and Chad Daybell and we also have information indicating that Lori knows either the location of the children or what has happened to them. Despite having this knowledge, she has refused to work with law enforcement to help us resolve this matter," the Rexburg Police Department said in a statement in late December.

“It is astonishing that rather than work with law enforcement to help us locate her own children, Lori Vallow has chosen instead to leave the state with her new husband."

Police also exhumed the remains of Daybell’s wife, who was found dead in her Fremont County home on Oct. 19. Her death was initially ruled natural, but the Fremont County Sheriff’s Office have now launched an investigation.

Joshua is described as a white male with brown hair and brown eyes, standing at 4′0″ and weighing 50 pounds. He also goes by JJ and may be in need of medical attention.

Tylee is described as a white female with blonde hair and blue eyes, standing at 5′0″ and weighing 160 pounds.

Anyone with information about the children is asked to call Rexburg police at 208-359-3000 or report it to the National Center for Missing and Exploited Children.

More from New York Daily News:
Tennessee boy fatally run over by father after falling off parade trailer, say cops
Archaeological exploration of the Alamo turns up three sets of human remains
Armed student shot by police in Wisconsin's second school shooting in as many days