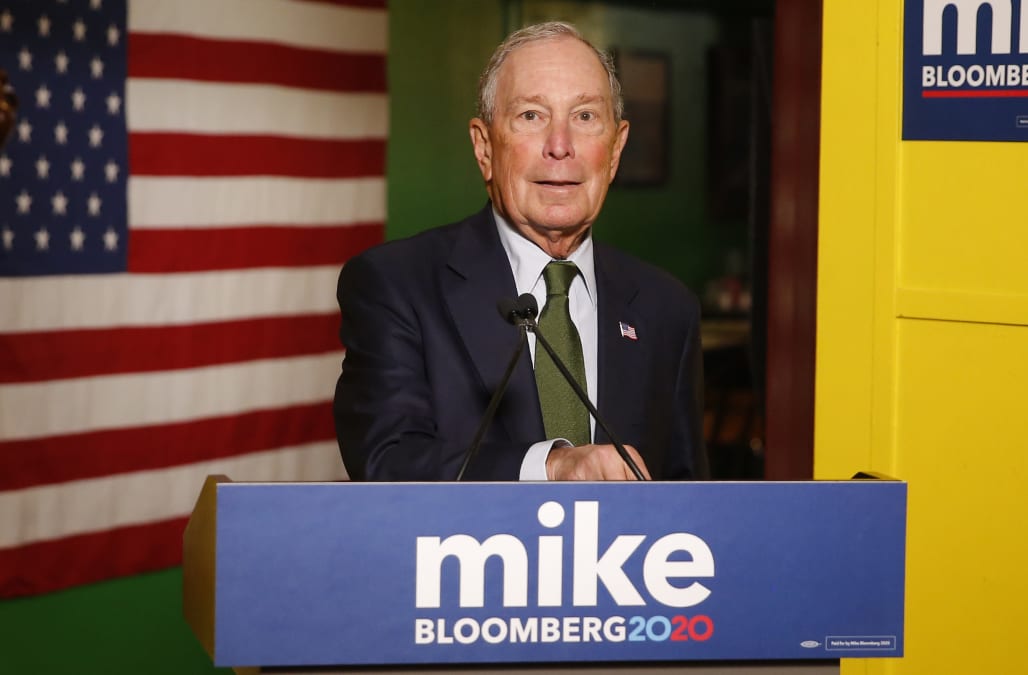 Jan 8 (Reuters) - U.S. presidential candidate Michael Bloomberg on Wednesday unveiled an economic strategy based on what he sees as his key strengths: a successful career in business and three terms as mayor of New York.

The plan itself includes policy positions largely in line with the Democratic Party mainstream but which Bloomberg, a billionaire former Republican, has not always embraced, such as a higher minimum wage.

Bloomberg, a late entrant in the Democratic contest to take on President Donald Trump in the November election, said nominating someone without business experience would help Trump.

"He's hoping to face a career politician who's never created any jobs," Bloomberg told journalists in a telephone briefing ahead of campaign stops planned for Wednesday in Illinois, Ohio and Minnesota.

Bloomberg said he has been creating jobs his "whole career," a reference to the powerhouse financial information and media firm he founded that bears his name. He also pointed to his record as New York mayor between 2002 and 2013.

In public opinion polls, Bloomberg trails leading Democrats Joe Biden, Elizabeth Warren and Bernie Sanders, who have long careers in the U.S. Senate and in Biden's case, as U.S. vice president as well.

Bloomberg's campaign said he will lay out his plans before voters during Wednesday's Midwest campaign stops, part of his risky strategy of skipping early states in the Democratic nomination process like Iowa and New Hampshire, which vote in February.

While other candidates focus on the early-voting states, Bloomberg is flooding airwaves and social media feeds with ads directed at voters in states that hold nominating contests in March, which include California, Texas and the states where he will campaign on Wednesday.

After his campaign spent tens of millions of dollars on ads in only a few weeks, other candidates, including progressives Warren and Sanders, have accused Bloomberg of trying to buy the U.S. election.

Without naming Warren or Sanders, Bloomberg criticized politicians who "shake their fists and point to scapegoats" and have made criticizing billionaires a core campaign theme.

Bloomberg has yet to lay out a detailed vision for tax policy, although he has pledged in ads to raise taxes on the wealthy, and on Wednesday said he would expand tax credits for low income workers.

His campaign also released policy proposals including new federal funding for career training systems and creating benefits for people who have lost work due to automation.

More from Aol.com:
Elizabeth Warren shuts down Meghan McCain in heated discussion on 'The View'
Trump campaign is fundraising off Soleimani killing
Bloomberg's campaign hires 500 staffers in over 30 states