Japanese businessman buys large tuna for $1.8 million: 'Yes, this is expensive, isn't it?' 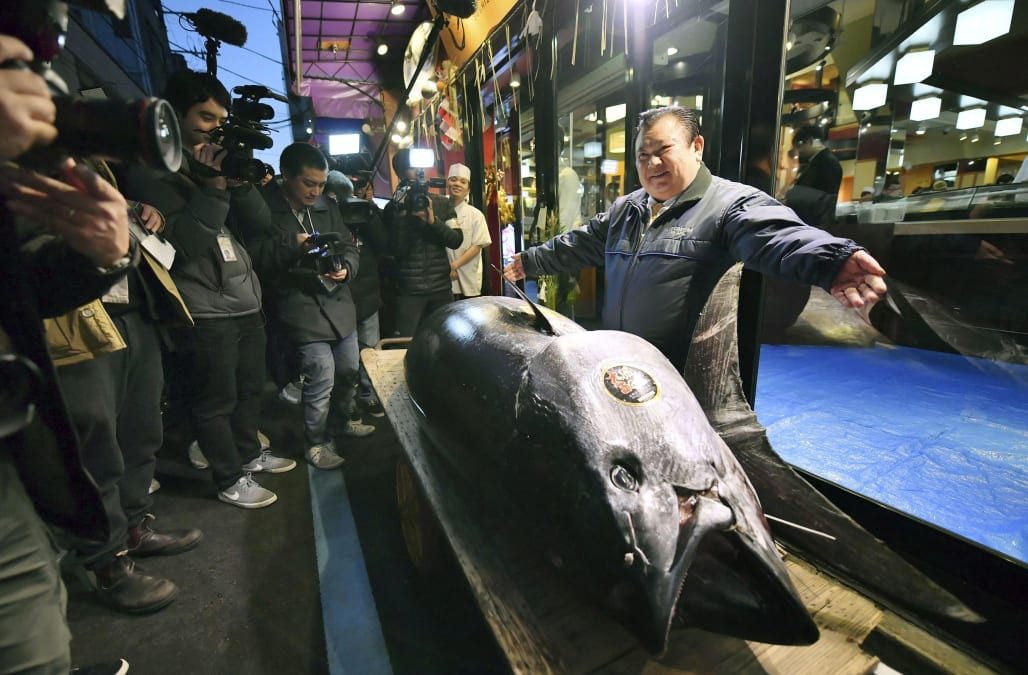 A Japanese businessman dropped a whopping $1.8 million on a massive tuna fish at a New Year's auction at the Toyosu fish market in Tokyo on Sunday, according to CNN.

"This is the best," Kimura told reporters, according to the AFP news agency. "Yes, this is expensive, isn't it? I want our customers to eat very tasty ones this year too."

Though the price was extremely high, it reportedly fell well short of the $3.1million (333.6 million yen) Kimura paid for a 612-pound fish the year before.

In an interview with Business Insider last year, chef Derek Wilcox — who trained in Japan for 10 years — revealed that bluefin tuna tends to be most sought-after fish among sushi restaurants.

"Only bluefin has the intense marbling," he said. "Bluefin also, when it's aged properly, has a particular balance of flavors."

The price of a bluefin tuna depends on a variety of factors, including where it's caught. One on the East Coast, for example, could cost between $20 and $40 a pound, Wilcox said. But a bluefin tuna caught in Japan and sent to the U.S. could cost upwards of $400 a pound, he added.

Related: Here are the best sushi spots in America: