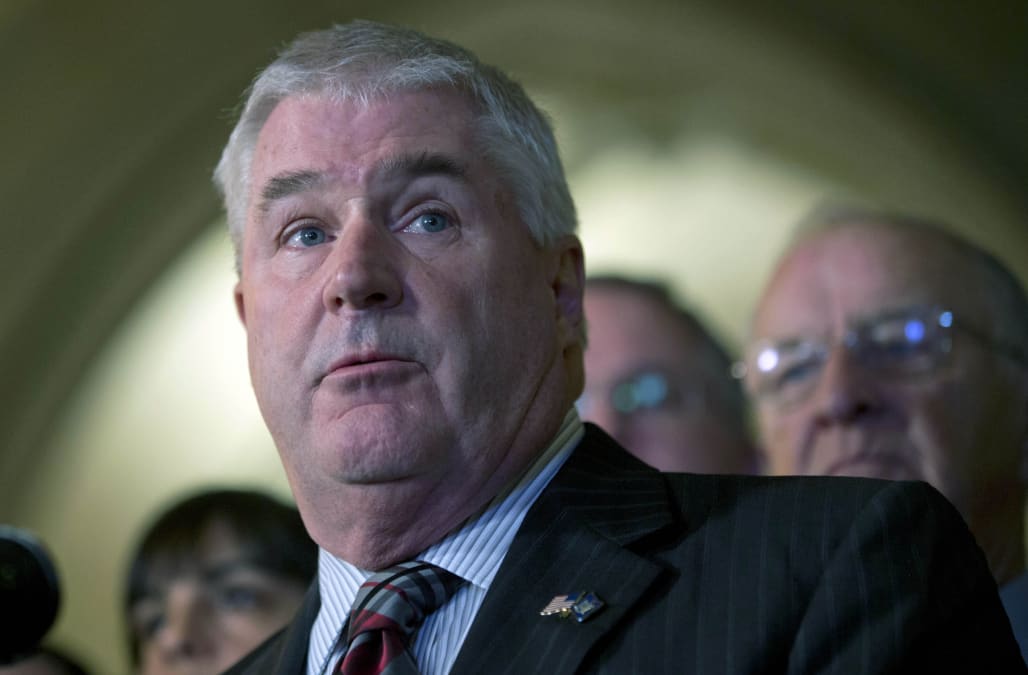 The top-ranking Republican in the New York State Assembly who was arrested and accused of DWI after a car accident last week reportedly tried to blame his wife.

Brian Kolb was arrested on Dec. 31 after he allegedly drove his state-owned SUV into a ditch near his home. He initially told the tow-truck driver who arrived at the scene that his wife was to blame.

“The male stood up and put his hands up and said, ‘My wife was driving!’” tow truck driver Michael Scoville told an Ontario County deputy, according to court documents obtained by USA Today. “He then said, ‘You know how women drive.’”

The tow truck driver said there was no one else near the vehicle.

Brian Kolb
FILE - This undated file photo provided by the Ontario County Sheriff's office shows Assembly Minority Leader Brian M. Kolb. The top Republican in the New York State Assembly, was charged Dec. 31, 2019, New Year's Eve with driving while intoxicated in his state-issued vehicle, just a week after he wrote a newspaper column warning citizens against getting behind the wheel drunk. (Ontario County Sheriff's Office via AP, File) .
FILE - In this Tuesday, Jan. 12, 2016, file photo, Assembly Minority Leader Brian Kolb, R-Canandaigua, speaks during a news conference on proposed Assembly rules reforms at the Capitol in Albany, N.Y. Kolb was charged on New Year's Eve for driving while intoxicated, just a week after he wrote a column warning citizens against getting behind the wheel drunk. (AP Photo/Mike Groll, File)
FILE- In this Jan. 3, 2018 file photo, New York Assembly Minority Leader Brian Kolb, R-Geneva, gives his remarks to New York Gov. Andrew Cuomo's State of the State address at the Empire State Plaza Convention Center in Albany, N.Y. The Republican lawmaker has dropped out of the race for New York governor, saying he want to sacrifice time with his family in order to mount a long campaign. (AP Photo/Hans Pennink, File)
Assembly Minority Leader Brian Kolb, R-Geneva, speaks to members in the Assembly Chamber during opening day of the 2017 legislative session at the Capitol on Wednesday, Jan. 4, 2017, in Albany, N.Y. (AP Photo/Hans Pennink)
Assembly Minority Leader Brian Kolb, R-Canandaigua, right, speaks during a news conference for Legislative Intervention for highly addictive controlled drugs that have led to heroin overdoses at the state Capitol on Wednesday, June 1, 2016, in Albany, N.Y.(AP Photo/Hans Pennink)
Up Next

When police arrived at the scene, Kolb admitted he had been behind the wheel and said he drank four or five cocktails, Syracuse.com reported, citing the police report. Kolb’s eyes were reportedly glassy and bloodshot and his breathalyzer test showed he’d consumed twice the legal limit for alcohol.

Kolb’s arrest occurred soon after he warned against drunk driving in his newspaper column.

“There is no excuse for driving impaired this holiday season,” he wrote just a week before his own arrest.

“The events of December 31 are ones I will always regret,” Kolb said in a statement last week. “I have begun the process of seeking professional help in order to heal, learn and fully address the challenges that I, along with my family, currently face.”

While Kolb has stepped down as the Assembly’s minority leader, he has not resigned.

Need help with substance abuse or mental health issues? In the U.S., call 800-662-HELP (4357) for the SAMHSA National Helpline.