Florida mom gives birth to 2 sets of twins in one year: 'Is this really happening?' 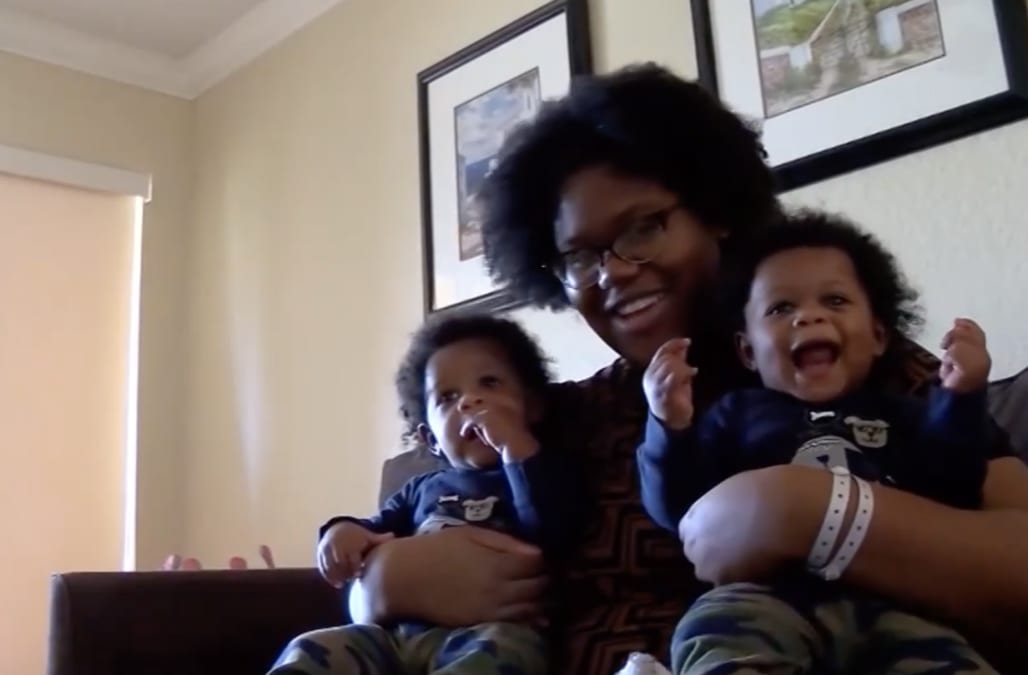 A Florida mom hit the jackpot.

Alexzandria Wolliston gave birth to two sets of twin boys within the same year — a feat that doctors say is so rare, Wolliston would have had a better chance of winning the lottery.

"Oh, yes, I feel like I hit the twin lottery," Wolliston told WPTV.

Wolliston gave birth to the first set of twins, Mark and Malakhi, in March and then found herself unexpectedly pregnant again in May. She had Kaylen and Kaleb in December and also has a 3-year-old daughter.

According to CDC data, the 2018 twin birth rate was around 32 twins per 1,000 births. For Wolliston to give birth to two sets of twins within the same year is incredibly unusual.

But Wolliston believes she has an explanation for why this happened to her. She previously had no idea that twins ran in her family until she found out that both of her grandmothers lost twin boys during childbirth. Now Wolliston considers her two sets of twins to be blessings from both of them.

"I always say that I feel like my grandmothers gave me their kids because two sets of twins and their twins passed away? I feel like they just sent them down for me," Wolliston said in the WPTV interview.

Fortunately, there were no major complications with either pregnancy.

"I was just thinking today, ‘Is this really happening? Who has ever heard of this happening?'" Wolliston told "Good Morning America." "I’m just so amazed and grateful and thankful things turned out the way they did."

For now, Wolliston is content with her five kids and does not plan on having any more in the near future.

Twin women who gave birth to twins
Up Next