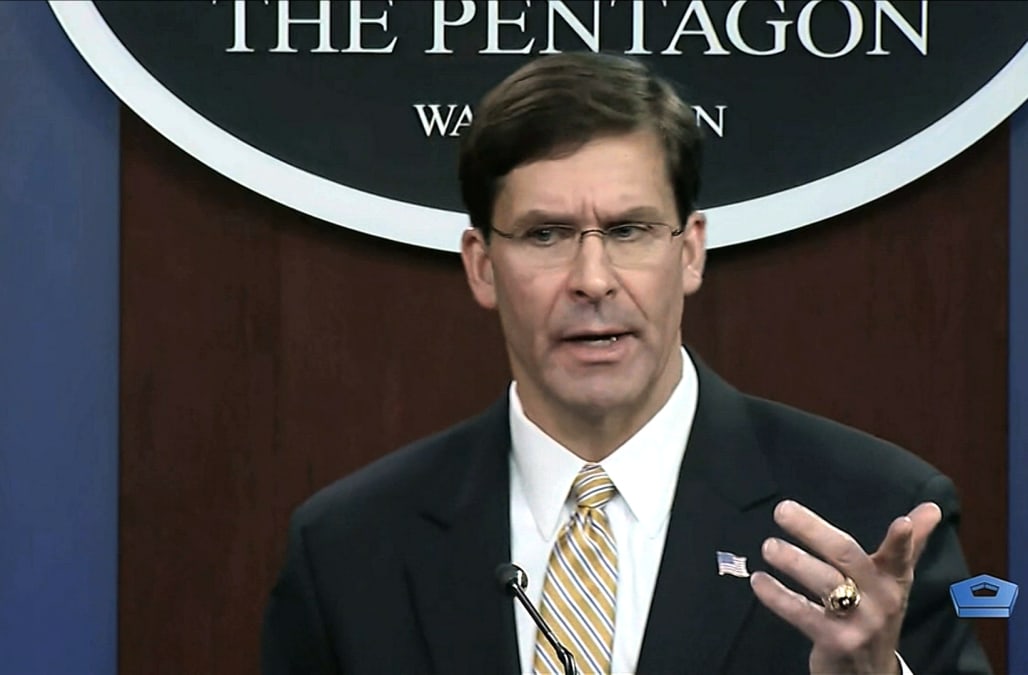 “I think we should expect that they will retaliate in some way, shape or form, either through their proxies as they’ve been doing now for how many years and/or by their own hand,” Esper said at a Washington news conference. “And so we take this one step at a time. We’re prepared for any contingency.”

Iran has vowed revenge for Soleimani’s killing, and a U.S. defense official told CBS News on Tuesday that the country’s military had begun “very troubling” movements in recent days. Esper said that it was incumbent upon Iran to “de-escalate” to avoid war with America.

“The United States is not seeking a war with Iran, but we are prepared to finish one,” Esper said. “We are seeking a diplomatic solution, but first this will require Iran to de-escalate. It will require the regime to come to the table with the goal of preventing further bloodshed.”

Esper’s news conference came amid questions about how the U.S. planned for the consequences of killing Soleimani as well as the Trump administration’s overall strategy in the Middle East. On Monday, Pentagon officials said that a letter announcing the withdrawal of U.S. troops from Iraq had been sent by mistake.

“Our policy has not changed. We are not leaving Iraq. And a draft, unsigned letter does not constitute a policy change. And there is no signed letter to the best of my knowledge; I’ve asked the question,” Esper said when asked about the letter, which went out over the name (but without the signature) of the head of U.S. forces in Iraq, Brigadier Gen. William Seely. “So, there may be people trying to create confusion but we should focus on this much, what I’ve said a few times now: Our policy has not changed. We are in Iraq, and we are there to support Iraqi forces and the Iraqi government become a strong independent and prosperous country.”

Esper did not explain how the draft letter had come to be written, let alone sent, in the first place. He also attempted to explain President Trump’s threat to target sites “important to Iran & the Iranian culture,” actions that under international law would constitute a war crime. Esper said the U.S. would follow “the laws of armed conflict.”

Asked Tuesday if he would resign if Trump gave him an order that violated international law, Esper demurred.

“I’m not going to get into hypotheticals,” Esper said, adding, “I’m fully confident the commander in chief would not give us an illegal order.”

Shortly after, Trump, speaking in the Oval Office, implied the prohibition on attacking cultural and historical sites was unfair because “they’re allowed to kill our people,” but added “if that’s what the law is, I like to obey the law.”

Still, Esper noted that the U.S. had bolstered its forces across the region and cast the next steps, in terms of self defense.

“The architects of terror should know that we will not tolerate attacks against America’s people and interests and will exercise our right to self defense should that become necessary once again,” Esper said.