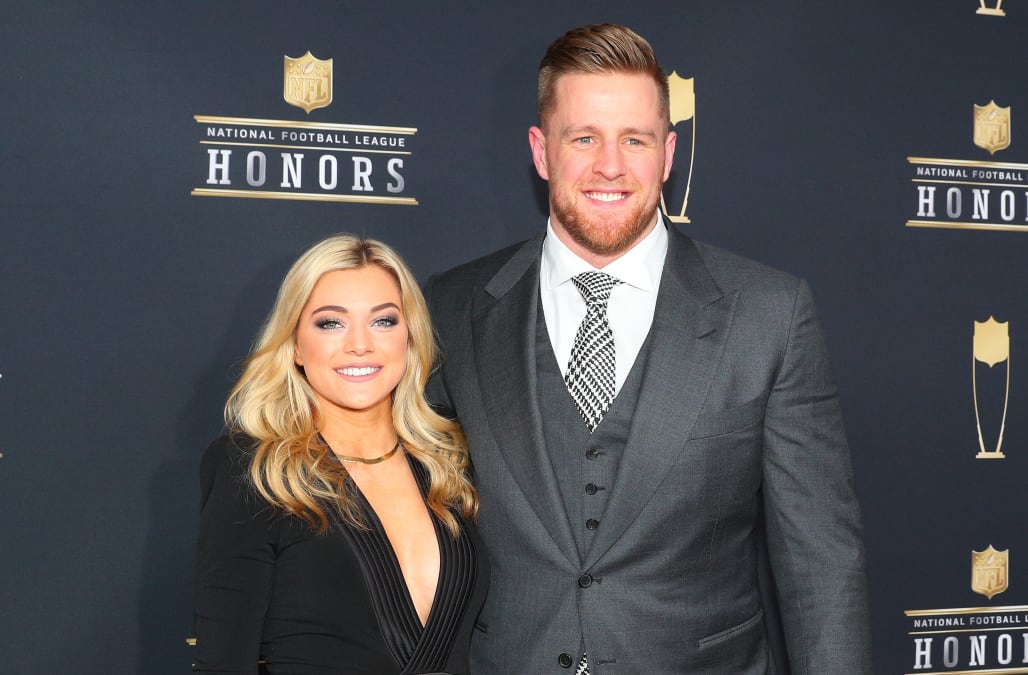 The Houston Dash of the National Women's Soccer League traded forward Kealia Ohai to the Chicago Dash on Monday, a move Ohai said she is "extremely excited" for.

Her fiancé, Houston Texans defensive end J.J. Watt, is excited, too — but not necessarily about the coverage his future spouse is getting.

While Watt said on Monday that he is "very proud" and "excited" for Ohai, his attention on Tuesday turned instead to a local Houston news outlet that neglected to use Ohai's name in a tweet announcing the news of her trade. The post only referred to Ohai as "J.J. Watt's fiancée," causing the NFL star to respond on his own Twitter page.

"This headline is trash," he began, before explaining that Ohai is "incredible entirely in her own merit and deserves to be treated as such."

This headline is trash.
Kealia Ohai (which is her name by the way, since you didn’t even bother to mention it) is incredible entirely on her own merit and deserves to be treated as such.
Be better than this. https://t.co/82GMrYOv9U

Since being posted Tuesday morning, the tweet has racked up over 100,000 interactions, with numbers still climbing as of this writing.

The story elicited similar reactions to one about USWNT star Julie Ertz and husband Zach Ertz of the Philadelphia Eagles from 2019 when Zach left Eagles training camp to watch Julie in the World Cup. The tight end reacted to headlines referring to Julie only as his wife by posting a photo of the two at the World Cup captioned, "A freaking BALLER and her husband."

A freaking BALLER and her husband pic.twitter.com/SCfkFqgyDe

Ohai will join Ertz, as well as USWNT goalkeeper Alyssa Naeher, on the Red Stars.