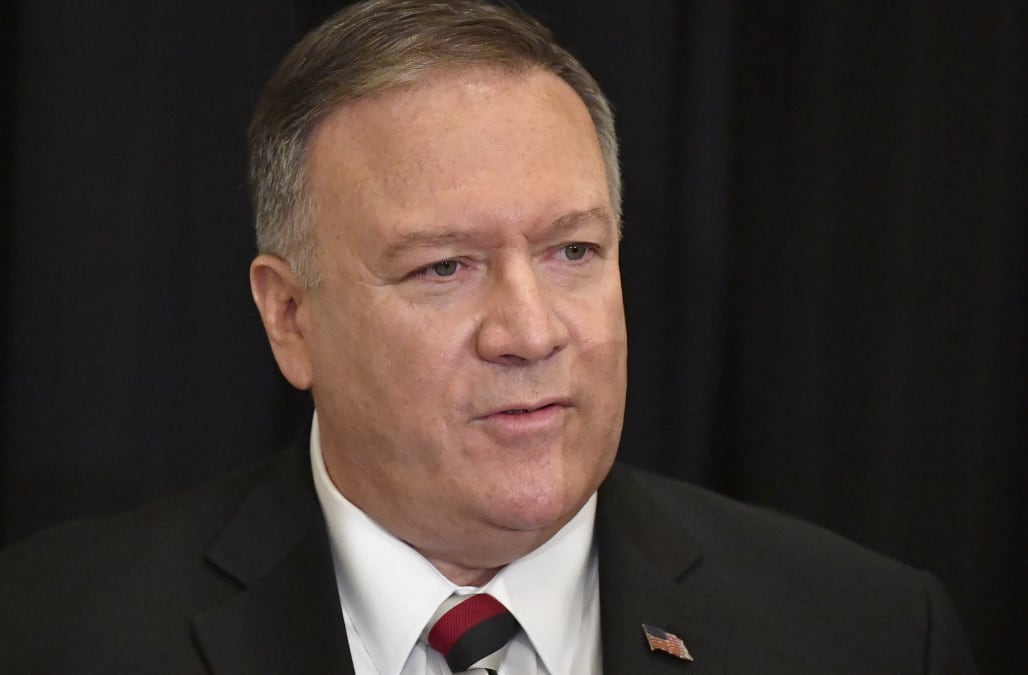 WASHINGTON (AP) — Secretary of State Mike Pompeo has told Senate Majority Leader Mitch McConnell that he will not run for an open Senate seat from Kansas this fall, two people close to McConnell said Monday.

Pompeo's decision complicates Republicans' chances of holding what should be a guaranteed seat in the deep red state as they battle to retain their slim Senate majority in November's elections.

The news comes days after the U.S. used an airstrike authorized by President Donald Trump to kill Qassem Soleimani, Iran's most powerful general and leader of that country's elite Quds Force. Iran has vowed revenge on the U.S., spurring an international crisis that makes this an awkward time for Pompeo to leave his post and seek elective office.

Pompeo indicated he will not run in a conversation with McConnell on Monday afternoon, the two people said. They spoke on condition of anonymity to describe a private talk. Others familiar with the matter said Pompeo met with McConnell, R-Ky., on Capitol Hill.

A former congressman from Kansas, Pompeo has traveled repeatedly to the state in recent months, and many Washington Republicans had expressed a belief that he would be a candidate.

If he ran, he was considered all but certain to prevail in the Aug. 4 GOP primary and the November general election. Candidates have until June 1 to file for the Kansas Senate race, leaving a theoretical door open for Pompeo to reconsider.

Republicans worry that without him, former Kansas Secretary of State Kris Kobach, a polarizing conservative with hard-right immigration views, could win the GOP nomination. GOP officials say that if Kobach is the party's choice he would alienate moderate voters and lose the general election, repeating the defeat he suffered in 2018 when he was the Republican candidate for governor. Trump carried the state by nearly 21 percentage points in 2016.

Republicans consider retaining the Kansas seat crucial in this fall's voting, when they will defend their 53-47 Senate majority. GOP senators in Arizona, Colorado, Maine and North Carolina face potentially tight reelection contests, while Doug Jones of Alabama is the Democrat in greatest danger of defeat.

Pompeo, 56, finished first in his class at West Point, served in the Army and earned a law degree from Harvard. He was in his fourth House term when he resigned in 2017 to become President Trump's first CIA director. In 2018, he replaced the fired Rex Tillerson atop the State Department. He has evolved into one of Trump's most trusted advisers.

McConnell and other top Republicans have been eager for Pompeo to run for the Senate.Just last month, Trump called Pompeo “a tremendous guy doing a tremendous job" and said if he thought the Kansas seat were in peril for Republicans, "I would sit down and talk to Mike.”

To many, that suggested Trump had given Pompeo a green light to run. Feeding the buzz, Pompeo kept his old House campaign committee alive, and it had nearly $1 million at the end of June that could be used for a Senate race. That's a significant amount to start with in an inexpensive-media state like Kansas.

But one person said Pompeo had never signaled to his State Department colleagues that he wanted to run and told several that he didn't want to.

Kobach’s opponents in the GOP primary include Rep. Roger Marshall, state Senate President Susan Wagle and Dave Lindstrom, a businessman and former Kansas City Chiefs football player. The leading Democratic candidate is state Sen. Barbara Bollier, a retired Kansas City-area anesthesiologist who switched from the GOP at the end of 2018.

Pompeo's conversation with McConnell was first reported by The New York Times.

More from Aol.com:
Congressman defends posting fake Obama photo: 'No one said this wasn't photoshopped'
Alexandria Ocasio-Cortez says she is 'one of the most hated people in America'
Democrats slam Trump over Iran military action tweet: 'You’re not a dictator'