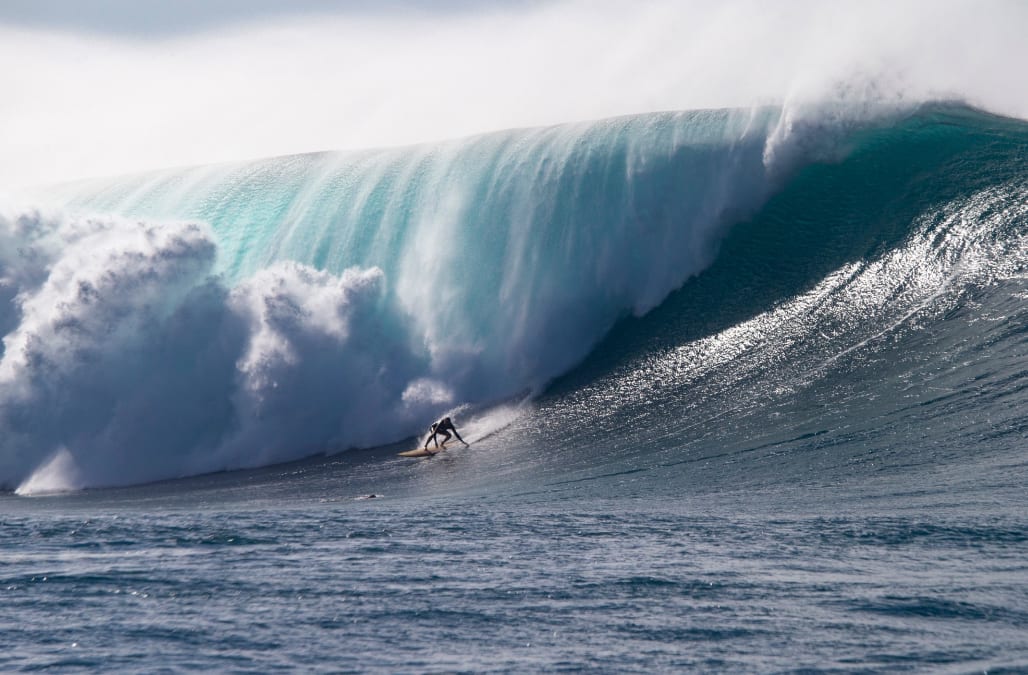 Professional surfer Kohl Christensen revealed that he is seeing life differently after suffering life-threatening injuries while on the water late last month.

December 31 would have been his "departure from the physical world" had it not been for his rescuers, Christensen said in an Instagram post on Sunday before divulging some harrowing details of the damage done to his skull and brain.

"Serendipitous as it may sound, I am seeing the world clearer than ever," he shared, alongside a photo of himself with his wife and two daughters.

Dec. 31, 2019 would have been my departure from the physical world. My last cognitive interaction with my wife, daughters, family, friends and world. If not for the immediate response by my rescuers @andrewlogreco , @kaiborggarcia , @northshorelifeguardassociation , @_danielrusso_ and all the others, I would never have seen 2020 or beyond. Serendipitous as it may sound, I am seeing the world clearer then ever. 5 days in the hospital. Finally home after the incredible performance and work by the Queens neurosurgery and trauma team. Removing blood between brain and skull, suturing the ruptured meningeal layers and installing metal plates to correct the fracture. Now, seeing my daughter’s smiles, laughter and subtle movements. Different than a week ago. They change so quickly at this age. Hearing my wife’s voice and watching her gentle movements around our home, our dog’s love and that morning light warm the pictures on the walls. Family, friends. Wow. The prayers and love that flooded in the day of the accident and continue to come are the reason I am still here. Thank you. My reflection on all of this begins. An abyss I can barely begin to fathom. I am aware and present. Motor skills intact. Feeling fortunate, blessed and so very grateful. Let the healing process begin 🙏💜. Happy new year!

"I am aware and present," Christensen wrote. "Feeling fortunate, blessed and so very grateful."

Surfer Magazine stated that it was unclear whether Christensen's head hit the reef or his own board while he was underwater after he slipped and fell. The surfer was knocked unconscious and credits the responders from North Shore Lifeguard Association with saving his life.