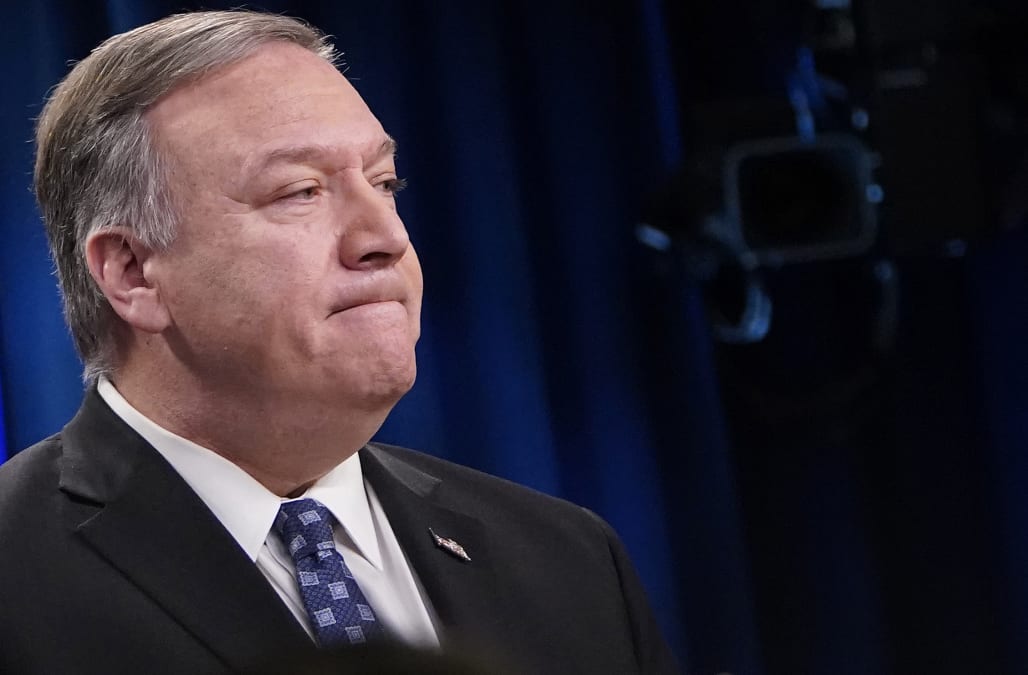 Secretary of State Mike Pompeo held a press conference Tuesday morning but wouldn’t answer the question on many Americans’ minds: What was the intelligence showing an “imminent” threat that justified killing a top Iranian general.

Speaking to reporters at the State Department, Pompeo was asked to elaborate on the information that led President Trump to order the attack on Iranian Gen. Qassem Soleimani at a Baghdad airport last week. Pompeo offered no evidence beyond citing the death of an American contractor, reportedly by Iranian-backed militias, on Dec. 27. The U.S. already responded to that attack with airstrikes on militia bases in Iraq and Syria, which in turn led to the storming of the U.S. Embassy compound in the Iraqi capital on Dec. 31.

“We know what happened at the end of last year in December ultimately leading to the death of an American,” said Pompeo. “If you’re looking for imminence, you needn’t look no further than the days that led up to the strike that was taken against Soleimani. Then you had in addition to that what we could clearly see was continuing efforts on behalf of this terrorist to build out a network of campaign activities that were going to lead potentially to the death of many more Americans. It was the right decision, we got it right.”

The White House said Soleimani “was actively developing plans to attack American diplomats and service members in Iraq and throughout the region,” with Trump stating that he ordered the strike “to stop a war,” not start one.

The New York Times reported that one intelligence official said that Soleimani’s travel to Baghdad was “business as usual.” Along with the Times story, the Associated Press also reported that Trump was given multiple options for responses to Iranian provocations and chose the most extreme option, the targeted killing of Soleimani. The questions about intelligence specifics has led to comparisons to the run-up to the invasion of Iraq in 2003, when President George W. Bush’s administration pushed faulty evidence to justify the war.

Pompeo insisted to reporters Tuesday that he had answered the question multiple times in a series of interviews on Sunday. But he dodged the question.

“If you’re an American in the region, days and weeks, this is not something that’s relevant,” Pompeo responded, adding, “You have to prepare. You have to be ready.”

Senate Democrats have said they haven’t seen intelligence to justify the attack. A congressional briefing is scheduled for Wednesday.

“My staff was briefed by a number of people representing a variety of agencies in the United States government, and they came away with no feeling that there was evidence of an imminent attack,” Sen. Tom Udall, D-N.M., said Friday.

“Nothing that came out of the briefing changed my view that this was an unnecessary escalation of the situation in Iraq and Iran,” said Sen. Chris Van Hollen, D-Md. “While I can’t tell you what was said, I can tell you, I have no additional information to support the administration’s claim that this was an imminent attack on Americans.”

The death of Soleimani, who was beloved by many in Iran, has increased tensions between the United States and Iran. In the aftermath of his killing, Iran vowed “severe revenge,” and the State Department instructed Americans to leave Iraq as well as Pakistan and Iran. The Pentagon on Friday announced it was deploying 3,500 additional U.S. troops to the Middle East to help protect American assets.

The strike on Iraqi soil also angered that country’s parliament, which voted unanimously to pass a nonbinding resolution ending the deployment of approximately 5,000 U.S. troops based in the country. On Monday, the Pentagon sent a letter to Iraqi leadership announcing they would remove the troops, only to later walk back the contents of the message, calling it a draft that shouldn’t have been sent and a “mistake.”

More from Yahoo News:
Was attack by Soleimani 'imminent' before U.S. killed him? Pompeo dodges the question.
Trump tells evangelicals that God is 'on our side'
Trump says U.S. killed Soleimani 'to stop a war'