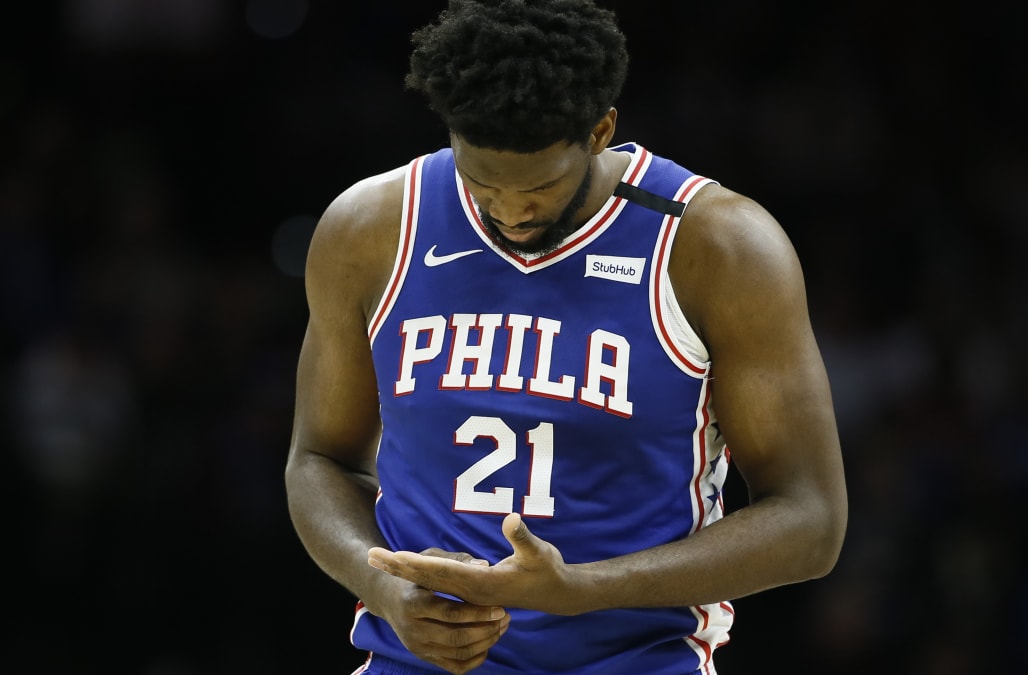 If you’re squeamish about injury images, don’t scroll down.

This is your final warning.

So this happened to Joel Embiid’s finger on Monday.

Embiid suffered the injury — a dislocation of his left ring finger — during the first quarter of Monday’s game against the Oklahoma City Thunder. He did so while defending a shot at the rim by Thunder forward Darius Bazley.

Embiid left the game before returning with a wrap around his finger, where he continued to play his normal allotment of minutes.

He logged 18 points, nine rebounds and eight assists while playing 32 minutes and shooting 7-of-17 from the field in the 120-113 victory.

See more of the injury — if you dare:

‘It was pretty bad’

Embiid said after the game that he wanted to keep playing with the 76ers in the midst of a four-game losing streak that saw players taking veiled shots at each other in the media.

“It was pretty bad,” Embiid said. “I was basically playing with one hand. In the midst of the losing streak, I just wanted to make sure to do everything possible to try to get us a win.”

He told reporters that he wants to play in Thursday’s game against the Boston Celtics, but there’s a chance he might miss it depending on the report he gets from the team’s medical staff on Tuesday.

With the win, Philadelphia improves to 24-14, good for fifth place in the Eastern Conference.