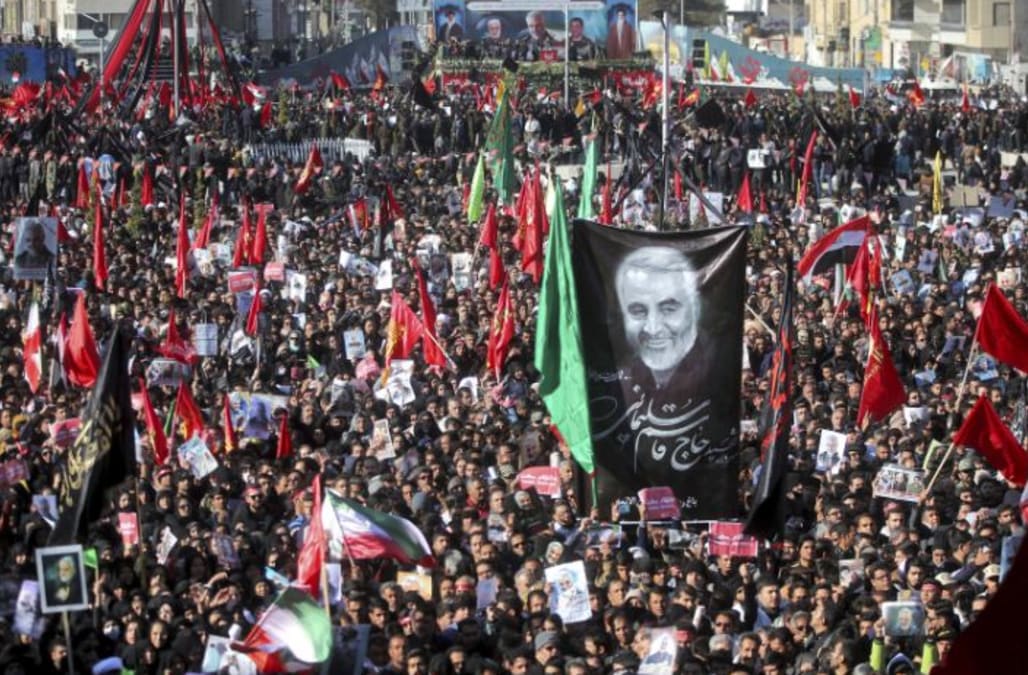 WASHINGTON — Iran launched attacks on U.S. military bases in Iraq on Tuesday evening in apparent retaliation for the killing of Iranian Gen. Qassem Soleimani, which was ordered by President Trump.

According to a statement from the Department of Defense, the attacks began at approximately 5:30 p.m. (EST).

The Defense Department said it is “working on initial battle damage assessments.”

As we evaluate the situation and our response, we will take all necessary measures to protect and defend U.S. personnel, partners, and allies in the region,” the  statement said. “Due to the dynamic nature of the situation, we will continue to provide updates as they become available."

Press TV, an Iranian state television station, reported the country’s Islamic Revolutionary Guard Corps, struck the Al Asad Air Base with “tens of missiles.” The channel framed the strike as retaliation for the Jan. 3 killing of Soleimani.

“We are aware of the reports of attacks on U.S. facilities in Iraq. The President has been briefed and is monitoring the situation closely and consulting with his national security team,” Grisham said.

A spokesperson for U.S. Central Command, which runs military operations in the Middle East, declined to provide any details.

"We're aware of the reporting and we're still looking into it," said the spokesperson, who declined to give his name when contacted at 6:45 pm on Tuesday.

Soleimani was killed by a U.S. drone strike in Iraq last Friday. Trump has said the decision to kill the high ranking Iranian general came as a result of an imminent threat to U.S. troops in the region.

Speaking to reporters in the Oval Office on Tuesday during a meeting with Greek prime minister Kyriakos Mitsotakis, Trump alluded to Soleimani’s role in planning past operations that resulted in the deaths of U.S. troops.

“He was a terrorist. He was so designated by President Obama, as you know, and he wasn't even supposed to be outside of his own country … He had an attack recently that he was in charge of where we had people horribly wounded. One dead,” Trump said of Soleimani. “He was traveling with the head of Hezbollah. They weren't there to discuss a vacation. They weren’t there to go to a nice resort in Baghdad.”

Trump was pressed by a reporter to describe the intelligence that led to the decision to kill Soleimani. He declined and described it as “classified.”

Soleimani’s killing has prompted fears of continued escalation in the Middle East. The reported strikes on the U.S. base in Iraq, which Trump visited last year, mark the most direct military confrontation between the U.S. and Iran in over twenty  years.

On Jan. 4, Trump tweeted that the U.S. had “targeted” 52 Iranian sites, including important cultural locations, and said they would be “HIT VERY FAST AND VERY HARD” if Iran struck any Americans or U.S. “assets” in retaliation for Soleimani’s  death. The comments prompted a backlash because targeting cultural sites is against international military law.

Trump backed away from that threat when he spoke to reporters in the Oval Office on Tuesday. However, the president indicated Iranian retaliation would be met with force.

“If that's what the law is, I like to obey the law. But think of it: They kill our people, they blow up our people and then we have to be very gentle with their cultural institutions,” Trump said, adding, “But I'm OK with it. It's OK with me. I will say this, if Iran does anything that they shouldn't be doing, they're going to be suffering the consequences and very strongly.”

Earlier Tuesday Defense Secretary Mark Esper told reporters in Washington that the United States “should expect” retaliation from Iran for the drone strike that killed Soleimani.

“I think we should expect that they will retaliate in some way shape or form, either through their proxies as they’ve been doing now for how many years and/or by their own hand,” Esper said. “And so we take this one step at a time. We’re prepared for any contingency.”