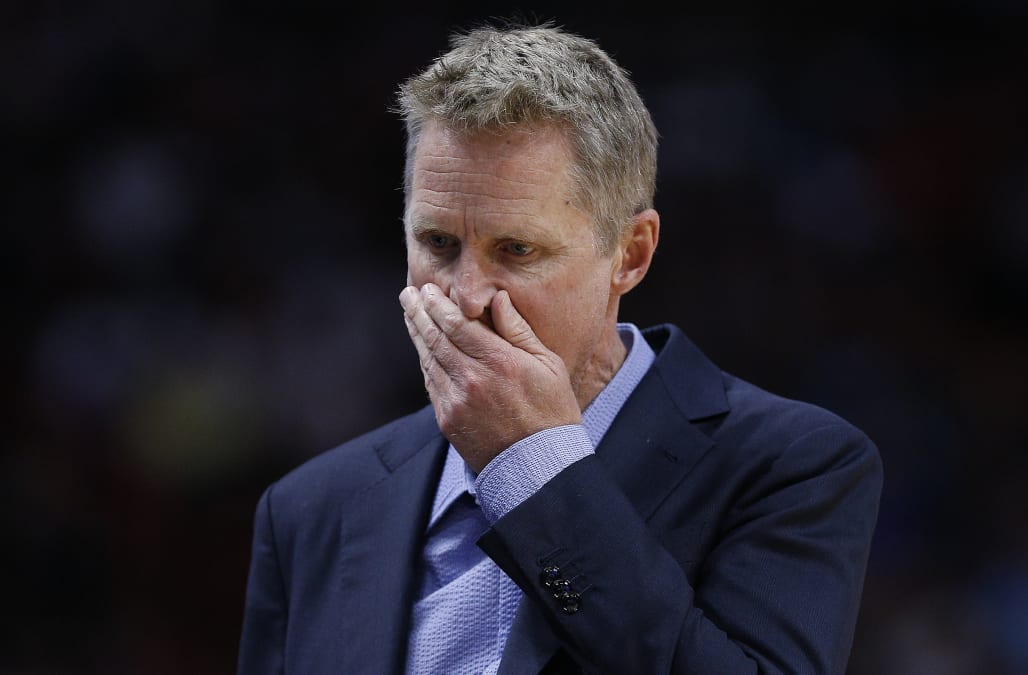 All head coaches get aggravated with referees from time to time, but Steve Kerr's eruption Monday night was an anomaly even among the more hot-headed in the NBA.

The Warriors head coach lost his temper late in the second quarter of Golden State's 111-98 loss to the Sacramento Kings after referee Jason Goldenberg counted an and-one layup from De'Aaron Fox even though Kerr thought the shifty Sacramento guard was fouled before putting up the shot.

Here's a video of Kerr's tirade:

Steve Kerr gave the refs a piece of his mind and got tossed. pic.twitter.com/x9JnVhgNBk

Kerr was ejected from the game before he could finish his profanity-laced rant, which almost certainly was the culmination of frustration not only from the call at hand but also from the abysmal Warriors season. Just one year removed from its fifth-straight trip to the NBA finals, Golden State boasts a Western Conference-worst 9-29 record on the season. Stars Klay Thompson and Stephen Curry are both nursing long-term injuries while Draymond Green and off-season acquisition D'Angelo Russell are both temporarily sidelined with a sprained ankle and bruised shoulder, respectively.

The Warriors have lost five consecutive contests, and that trends all but promises to continue as their schedule progresses. Golden State will host Giannis Antetokounmpo and the Milwaukee Bucks — who currently boast the NBA's best record — Wednesday before traveling to Los Angeles to take on Kawhi Leonard and Paul George's stacked Clippers squad.