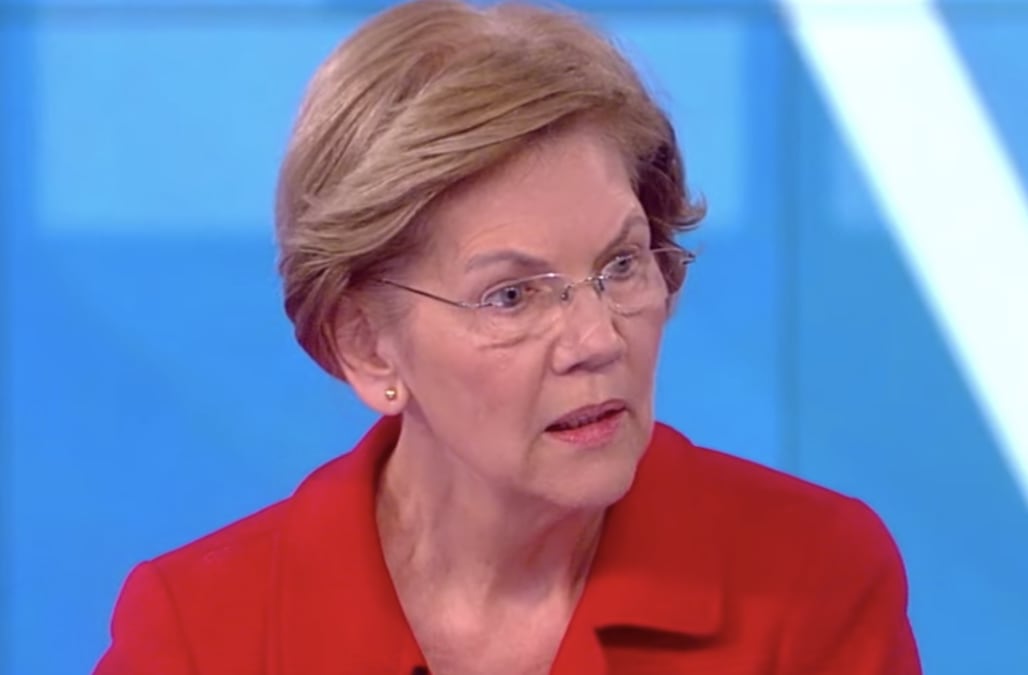 During the first episode of the year, McCain repeatedly demanded the 2020 candidate to admit whether Soleimani was a "terrorist" or not.

"I don't understand the flip-flop," McCain told Warren. McCain read out quotes from Warren in past interviews calling Soleimani a "murderer" and a "senior foreign military official" and asked her to explain "why it was so hard to call him a terrorist."

"Do you think he is a terrorist?" McCain asked.

Warren responded that there wasn’t a "change" in her position.

Under questioning from @MeghanMcCain, @ewarren — who called Soleimani's killing "an assassination” — now says “of course” he’s a terrorist pic.twitter.com/nS4OCRFdv8

While Warren attempted to argue her point, McCain repeatedly interrupted Warren, pressing her to label Soleimani as a terrorist until the senator finally said, "Of course, he is."

"The response that Donald Trump has picked is the most incendiary and has moved us right to the edge of war, and that is not in our long term interests," Warren told McCain.

At another point in the show, Warren laid out her wealth tax and explained her plan to pay for universal healthcare. Throughout her pitch, McCain, again, attempted to interrupt the Massachusetts senator — which Warren expertly ignored. The cringe-worthy clip has been viewed more than 200,000 times on Twitter.

Elizabeth Warren on The View expertly pitches her wealth tax and explains how she'll pay for universal childcare, $800B into public education, etc. without increasing middle-class taxes. The cherry on top is Liz not even acknowledging Meghan McCain's rude interruption attempts. pic.twitter.com/HKs0HXY7qL

More from Aol.com:
Trump campaign is fundraising off Soleimani killing
Bloomberg's campaign hires 500 staffers in over 30 states
Sanders in a tie with Biden and Buttigieg in new poll