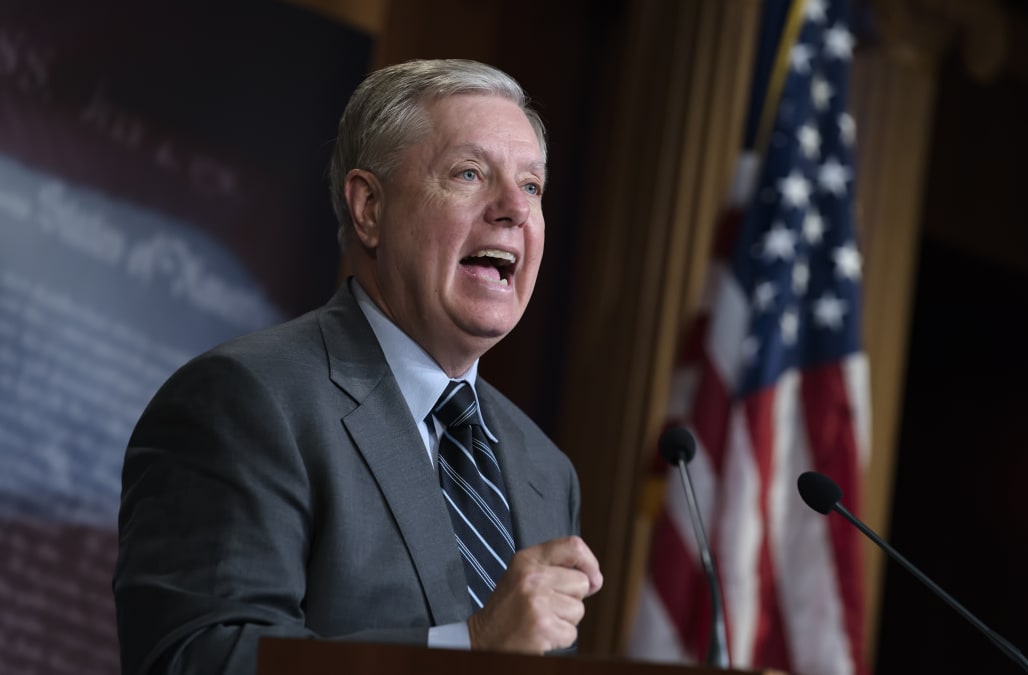 “He’s a loser on and off the field,” Graham said of Kapernick in an interview on “Sunday Morning Futures” on Fox News. “It’s un-American. He’s a racist. If you’re looking for racism in America, Mr. Kaepernick, look in the mirror.”

In a tweet Saturday, Kaepernick described the hit on Iranian Maj. Qassem Soleimani in Baghdad as part of a pattern of “American terrorist attacks against Black and Brown people for the expansion of American imperialism.” Kaepernick became a target of relentless criticism by President Donald Trump for taking a knee during the national anthem before football games to protest police brutality and systemic racism in America.

There is nothing new about American terrorist attacks against Black and Brown people for the expansion of American imperialism.

America has always sanctioned and besieged Black and Brown bodies both at home and abroad. America militarism is the weapon wielded by American imperialism, to enforce its policing and plundering of the non white world.

Graham also lashed out at Rep. Alexandria Ocasio-Cortez (D-N.Y.) after she called Trump a “monster” for threatening to target Iranian cultural sites in military attacks. Such attacks would violate international agreements on war and would fit the Defense Department’s definition of a war crime.

“AOC doesn’t know anything about the law of armed conflict, obviously,” Graham insisted on Fox.

This is a war crime.

Threatening to target and kill innocent families, women and children - which is what you’re doing by targeting cultural sites - does not make you a “tough guy.”

It does not make you “strategic.”
It makes you a monster. https://t.co/IjkNO8BD07

In fact, deliberately targeting cultural sites, or the civilians gathered there, would be a war crime, according to several experts, including a former deputy general counsel of the Department of Defense:

"Making the clearly-recognized historic monuments, works of art or places of worship which constitute the cultural or spiritual heritage of peoples ... the object of attack"

Returning Fox News host Megyn Kelly also mocked Kaepernick on Twitter. “Everything is racist. Everything,” she wrote sarcastically. “Even fighting back against terrorists who kill Americans. Nike, feeling proud?”

Kaepernick was the face of Nike’s 30th anniversary “Just Do It” advertising campaign.

Because everything is racist. Everything. Even fighting back against terrorists who kill Americans. Nike, feeling proud? https://t.co/sfc1Yz3phY

Filmmaker Ava DuVernay — the first Black woman to be nominated for a Best Director Golden Globe award for “Selma” — snapped back in a tweet to Kelly: “Educate yourself before you talk about racism and legitimate claims. You sound like what you are. Ignorant. Attention seeking. And desperate.”

No, I will not be shamed over calling out bullshit claims of racism - which undermine the legitimate claims. Killing a terrorist is not about skin color; it’s about protecting our country from a guy who murdered hundreds of Americans, period.

NBC fired Kelly in 2018 after she defended blackface during an episode of her morning show on the network. Kelly later apologized for her comments.