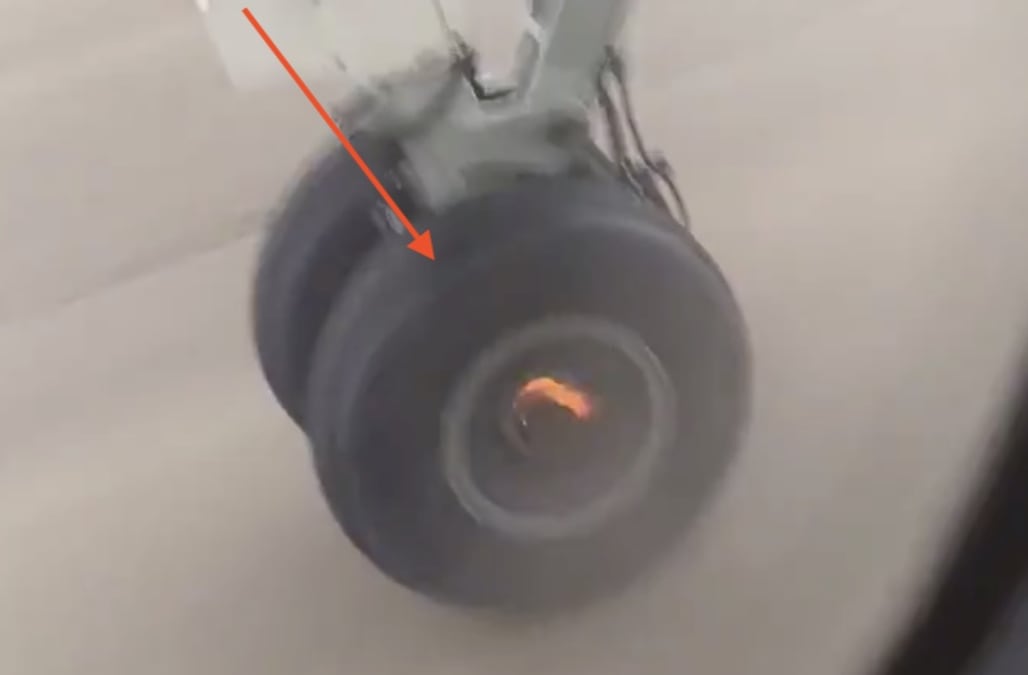 A passenger on an Air Canada Express flight recorded the moment a wheel flew off the plane as it lifted off at the Montreal-Trudeau International Airport on Jan. 3.

The clip was posted to Twitter and has over 70,000 views.

The harrowing video begins with the wheels visibly sparking on the left side of the plane right before take-off, only to then slide off once the plane left the runway ground.

The caption (translated from French) read: "So, well, I'm currently on a plane that has just lost a wheel... 2020 starting off well."

The flight was forced to turn back after the incident and, according to CNN, fortunately, none of the 49 passengers or three crewmembers on board were injured. As a precaution, emergency vehicles were called anyway.

"The experienced pilots maintained complete control of the aircraft," Manon Stuart, a spokesperson for Jazz Aviation, a Canadian regional airline, and operator of the flight said in a statement. "Our pilots are well trained to deal with such situations and responded according to our standard operating procedures."

Stuart also mentioned that maintenance personnel was investigating what happened and conducting a thorough inspection of the aircraft to move forward with any repairs.