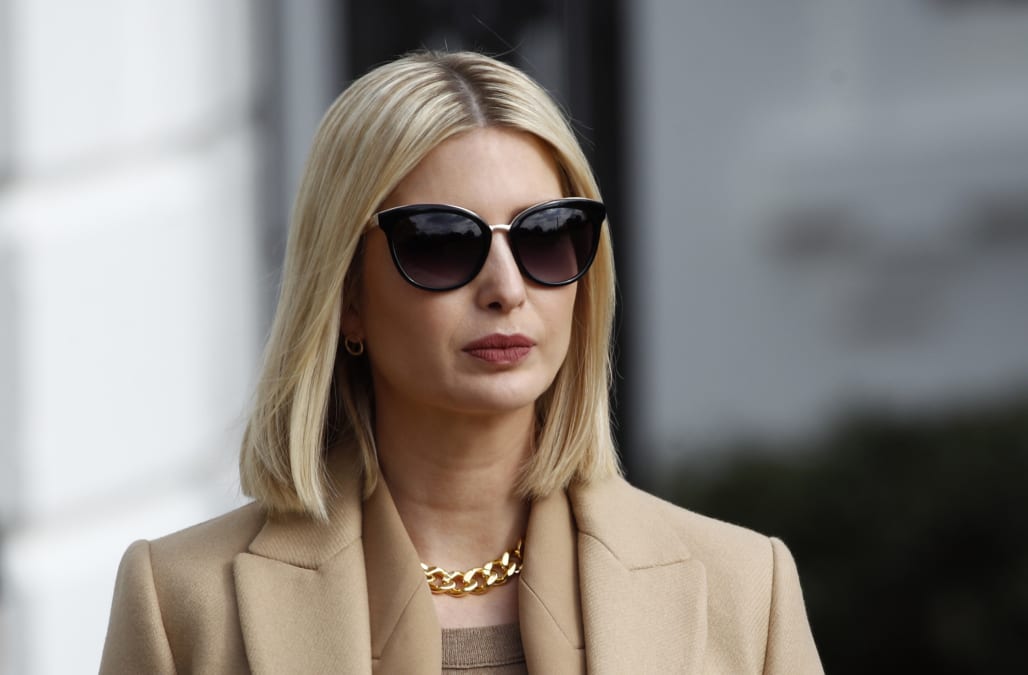 The head of annual tech conference CES has defended inviting Ivanka Trump to give a keynote speech, citing her "great work."

CES is the biggest industry event in tech, taking place in Los Angeles with almost 200,000 attendees.

Its chief, Gary Shapiro, has offered Ivanka Trump one of the show's "keynote" speaking sessions at the conference, which takes place across 6 days, from January 5 to January 10. "CES" stands for "consumer electronics show," and it's one of the world's most prestigious.

Shapiro, who will interview Trump for her keynote on January 7, told BBC News that he didn't regret the decision, adding that "there's a lot of focus on jobs of the future, and certainly the keynote that I'll be doing with Ivanka Trump will be focusing on... how industry is working with government on this very important issue."

He reportedly declined to say if her appearance had been requested by CES, or if the White House had requested it.

The fact an invitation has been offered to Ivanka Trump – whose job title on the CES website is listed as "Advisor to the President" – has caused a backlash in tech circles, with several figures citing Trump's relative lack of qualifications.

Ivanka Trump greets participants at global robotics conference
Up Next

Tech analyst Carolina Milanesi described herself as "far from pleased" at the decision in an op-ed published by Forbes.

This is dead on.

Beyond the politics of the Trump administration - Ivanka is not a woman in tech. She’s not a CEO. She has no background.

It’s a lazy attempt to emulate diversity - but like all emulation it’s not quite the real thing. https://t.co/MQdGysNQ96

"The reason is certainly not found in my political beliefs," she wrote. "The reason for my upset is rooted in the fact that there are many more women who are in tech and are entrepreneurs who could run circles around Trump on how technology will impact the future of work."

Video game developer and congressional candidate Brianna Wu was no less scathing. She wrote on Twitter: "Beyond the politics of the Trump administration - Ivanka is not a woman in tech. She's not a CEO. She has no background. It's a lazy attempt to emulate diversity – but like all emulation it's not quite the real thing."

And a number of women in the Women Who Tech group on Facebook expressed their dismay at CES' decision. Investor Elisabeth Fullerton wrote: "This is an insult to women in technology, we did hard times in university, engineering, math, and applied sciences. This is what extreme privilege and entitlement get you. It's not what you know it's who you know I guess."

Of the branded "keynote" speakers and moderators at the event, nine are men and eight are women (excluding staff from the Consumer Technology Association, which produces CES).

SEE ALSO: Everything you need to know about CES 2020 — the biggest tech show of the year

More from Business Insider:
The Vikings' biggest play in their huge playoff upset was the same one that nearly derailed their season 14 weeks earlier
Citibank will reportedly hire 2,500 coders to bolster its trading and investment banking units
Lizzo is quitting Twitter because it has 'too many trolls'