Family rescued from Australian fires after being trapped for 6 days: 'Felt like a death trap' 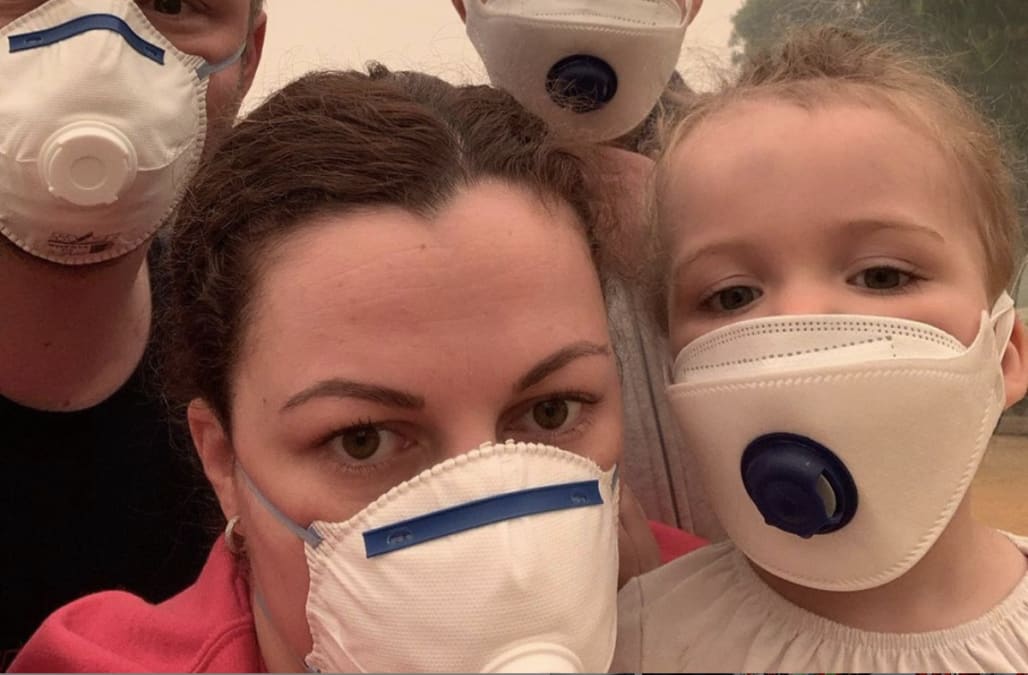 A Canadian family, who took refuge from fires in Australia in a movie theater for six days, was finally rescued.

Meaghan Wegg and her family are part of the 4,000 people who fled to beaches as fires ripped through the Australian town of Mallacoota, which is a family camping spot in the state of Victoria.

"We got here and it felt like a death trap, to be honest," Wegg, a mother who sought refuge with her Australian-born husband Tim Buckley and her two children Georgia, 3, and Jackson, 5, told CNN.

For six nights, the family slept on a crash mat with 100-200 other people. The movie theater played movies like "Frozen" and "Happy Feet" to keep all of the kids calm.

While trapped in the theater, the family not only celebrated New Year's Eve but also their daughter's birthday.

"January 3 was my daughter Georgia's third birthday," Wegg told CNN. "We made it as fun as we could, we gathered up 12 kids from friends and family and played games."

"We had to line up to get our name on a list, then they took kids under 5 and families to be in air-evacuated lines — and the rest on the boat. Helicopters kept trying to land but it was too smokey," Wegg said.

We have hope! The first #chinookhelicopter on site We were moved down from the first priority list to the 4th :( but we are hopeful to get out today Will keep you posted Thanks for your support ❤️

The family drove through brushfires to the airport, where they believed they were going to be taken to safety, but "by 11 p.m. they delivered sad news" that they wouldn't be able to leave yet.

After two more failed attempts, the family was finally brought to a relief center, where Georgia and Jackson were greeted with toys.

Safe and sound Picked up by the amazing Zebastian Hunter @zebastianhunter after a quick #helicopterride to Sale The relief centre gave the kids toys! We are all very tired and overwhelmed with the last week being stuck in the #mallacootafires 🙏 thanks so much for all of your support! It kept us positive and gave us hope- you have no idea 🙂 it really meant the world. We are in shock and will take some time to rest and heal mentally. We will get checked by a doctor soon also just incase. Returning all the #love YOU sent us Feeling #blessed to be safe and to be here! 🌹❤️

"We are all very tired and overwhelmed with the last week being stuck in the (Mallacoota fires)," Wegg wrote on Instagram. "We are in shock and will take some time to rest and heal mentally."