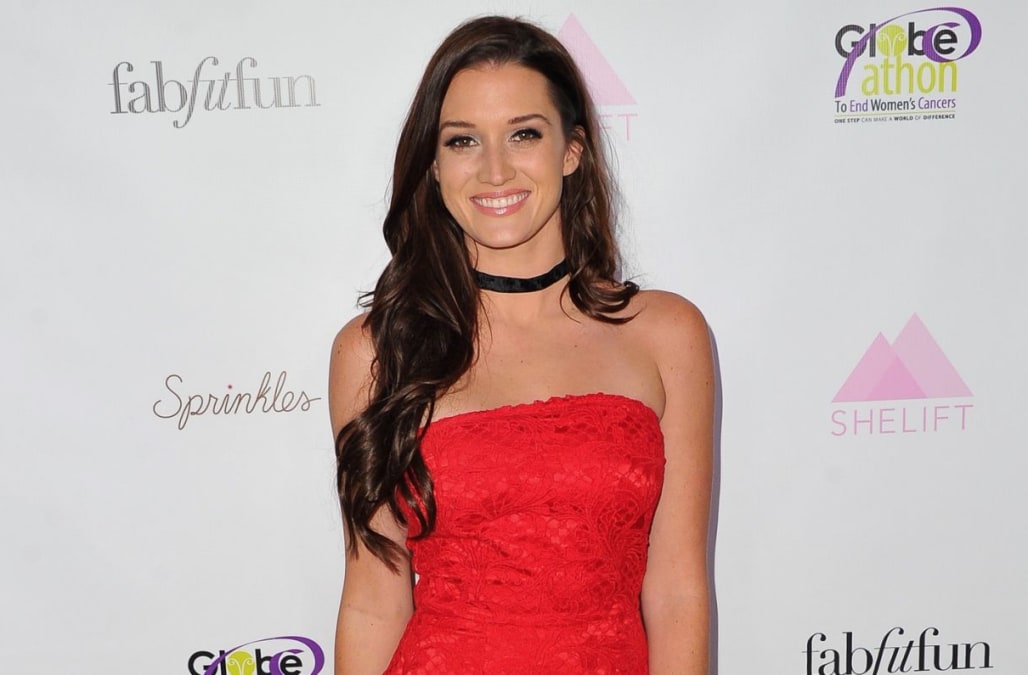 A former contestant on “The Bachelor” won $1 million playing daily fantasy football over the weekend.

Now she’s under investigation after being accused of cheating with her husband.

When she won on Sunday afternoon, her victory garnered attention outside of the daily fantasy community because of her celebrity status.

Draft Kings tweeted out a “Bachelor”-themed congratulations to Roper-Tolbert that has since been deleted amid accusations that the couple colluded to win the $1 million payday.

How the alleged collusion happened

After the victory gained attention, daily fantasy users noticed Roper-Tolbert and Tolbert each submitted the maximum 150 entries allowed into the “Millionaire Maker” contest at $20 per entry. That’s fine and within the Draft Kings rules.

What’s not allowed is collusion between two players to build lineups. Out of the 300 combined entries, 298 of them were unique, according to ESPN, a sign pointing to coordination between the married couple.

Further pointing to collusion is the fact that Tolbert rostered NFC quarterbacks Drew Brees, Russell Wilson and Carson Wentz in 148 of his entries, while Roper-Tolbert used AFC quarterbacks Watson, Ryan Tannehill and Josh Allen in 143 of hers.

According to Draft King’s terms of use, “improper” conduct includes “colluding with any other individual(s) or engaging in any type of syndicate play” and “using a single account to participate in a contest on behalf of multiple entrants or otherwise collaborating with others to participate in any contest.”

After the accusations of collusion surfaced, Draft Kings released a statement that it was looking into the matter.

"We take the integrity and fairness of our contests very seriously and are looking into this matter," the statement reads.

According to ESPN, Draft Kings has not yet made the $1 million payment as of Monday afternoon.

Tolbert, a frequent, high-volume daily fantasy player according to ESPN, told the network that his and his wife’s case of unique entries wasn’t a matter of collusion.

“We each put in our separate players, in our separate accounts and rooted for own players,” Tolbert said. “No one has ever said a peep about us when we lost for 17 straight weeks. Then, of course, somehow Jade picked the right lineup, got the million and the spotlight got shown on it. And people, especially since she's a woman, assume that I do it all for her. If I had won, I bet no one would've raised a flag.”

Collusion a common concern for DFS

Concerns over collusion in daily fantasy are common. High-level players use advanced metrics and big bankrolls to submit multiple entries in contests to give themselves an edge over recreational players. While rules prohibit collusion, it’s difficult to police coordination over multiple accounts.

In the case of the Tolberts, their celebrity status and the public availability of daily fantasy lineups led to the revelation that they may have colluded to win the big payday.