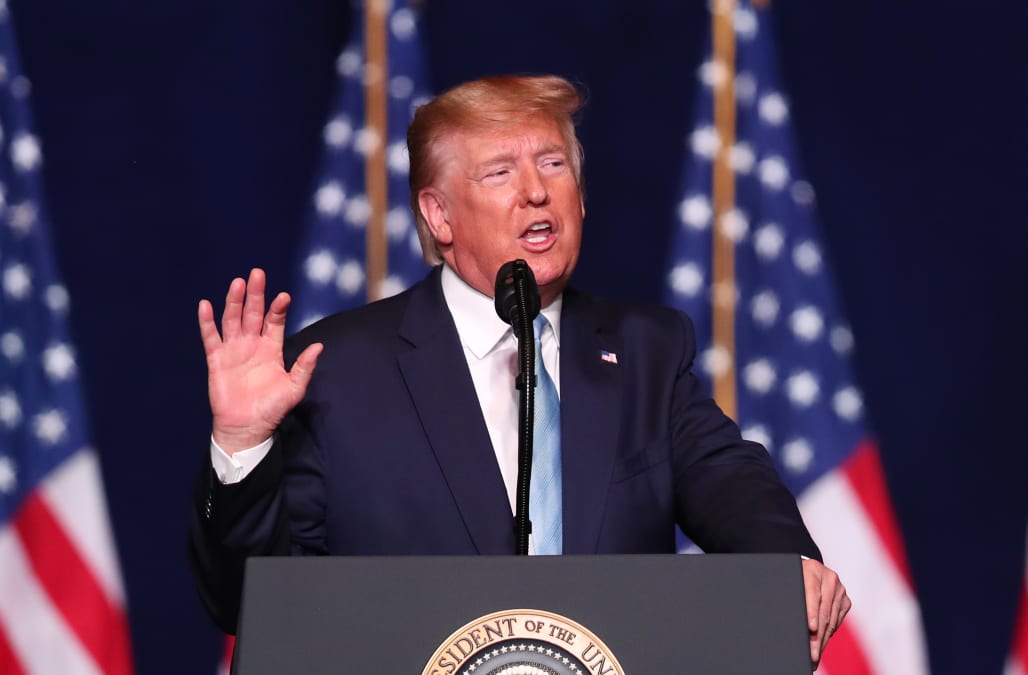 Democrats criticized President Trump for claiming that his tweets now count as official notification to Congress about any U.S. military plans to attack Iran.

Trump claimed that "should Iran strike any U.S. person or target, the United States will quickly & fully strike back, & perhaps in a disproportionate manner."

"Such legal notice is not required but is given nevertheless!" he said.

This prompted the Democratic-led House Foreign Affairs Committee to respond with their own tweet to the president telling him, "You're not a dictator."

"This Media Post will serve as a reminder that war powers reside in the Congress under the United States Constitution," the tweet reads. "And that you should read the War Powers Act. And that you’re not a dictator."

This Media Post will serve as a reminder that war powers reside in the Congress under the United States Constitution. And that you should read the War Powers Act. And that you’re not a dictator. https://t.co/VTroMegWv0

The tweet references The War Powers Act of 1973, which states that when existing U.S. armed forces abroad are without a war declaration, "the President shall submit within 48 hours ... a report, in writing" to the House Speaker and President pro tempore of the Senate. In this case, Trump would submit to Rep. Nancy Pelosi and Sen. Chuck Grassley.

Oona Hathaway, a legal scholar and professor at Yale University, weighed in on the matter on Twitter, asserting that the president's tweet "threatens to break several laws."

"First, the President cannot notify Congress under the War Powers Resolution by tweet," she said. "Second, he claims '[s]uch legal notice is not required.' That's not true. Any time the president involves the armed forces into 'hostilities,' he must--at a minimum--notify Congress within 48 hours."

"That any of this has to be said suggests just how insane this situation has become," she concluded.