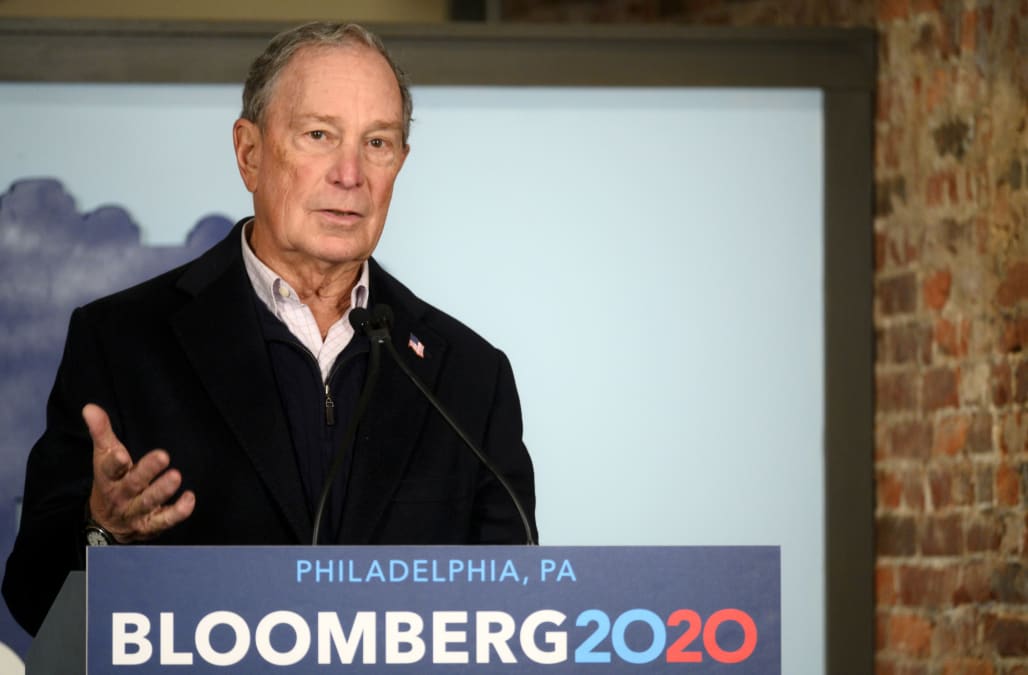 WASHINGTON — Michael Bloomberg is wasting no time building out his campaign's ground game, with 500 organizers and staff in more than 30 states, including all 14 of the delegate-rich Super Tuesday states, his campaign told NBC News.

The ramp-up — both in staff and in spending on TV ads — has been quick. Just six weeks after he announced his candidacy, the former mayor of New York now boasts more than 800 staffers on his payroll and over $100 million spent on advertising.

The roughly 300 staffers working in the campaign's New York headquarters are set to move into a new building in Times Square to accommodate their burgeoning ranks, aides said.

The Super Tuesday staffing, which puts grassroots leadership teams and organizers in all the March contest states, as well as in Wisconsin and Pennsylvania, which vote in April, solidifies Bloomberg as having the largest organization in the field after the four early-voting states in February.

The hiring spree speaks to the way that Bloomberg, a billionaire who is funding his own campaign, is not constrained by the usual fiscal realities of campaigns. While he's staffing up and spending big, Bloomberg is also focused on states later in the primary calendar, a strategy his team announced as he got in the race in November.

That decision means that while the rest of the Democratic pack are focusing their resources in states like Iowa and New Hampshire, Bloomberg could have an edge in the Super Tuesday states, which vote on March 3. The Super Tuesday states are: Alabama, Arkansas, California, Colorado, Maine, Massachusetts, Minnesota, North Carolina, Oklahoma, Tennessee, Texas, Utah, Vermont and Virginia. He has the most staff on the ground in North Carolina, a campaign aide said.

"Every other campaign is going to have to throw their field organizers from an early state to a Super Tuesday state and just kind of hope it works out," said Democratic strategist Emily Tisch Sussman, the host of the podcast Your Primary Playlist. "By putting people in the states so early, Bloomberg will be able to quietly build an infrastructure and relationships while no one else is paying attention" or as other candidates lack the resources to do it.

While Bloomberg's got a head start, he's not alone.

Sen. Elizabeth Warren, former Vice President Joe Biden, Sen. Bernie Sanders and Pete Buttigieg are among the candidates who have already begun building out their operations past the January caucus and primary states of Iowa, New Hampshire, Nevada and South Carolina.

But while his opponents are spending the bulk of their time competing in the states set to vote within weeks, Bloomberg has been on the campaign trail in places that don't tend to see presidential candidates until later. And his team is planning how it will build operations in these states and beyond.

In Ohio, where Bloomberg plans to campaign later this week, his team plans to have a dozen field offices, according to projections a Bloomberg aide shared with NBC News. The general election battleground states of Michigan and Florida have nine and 17 offices, respectively.