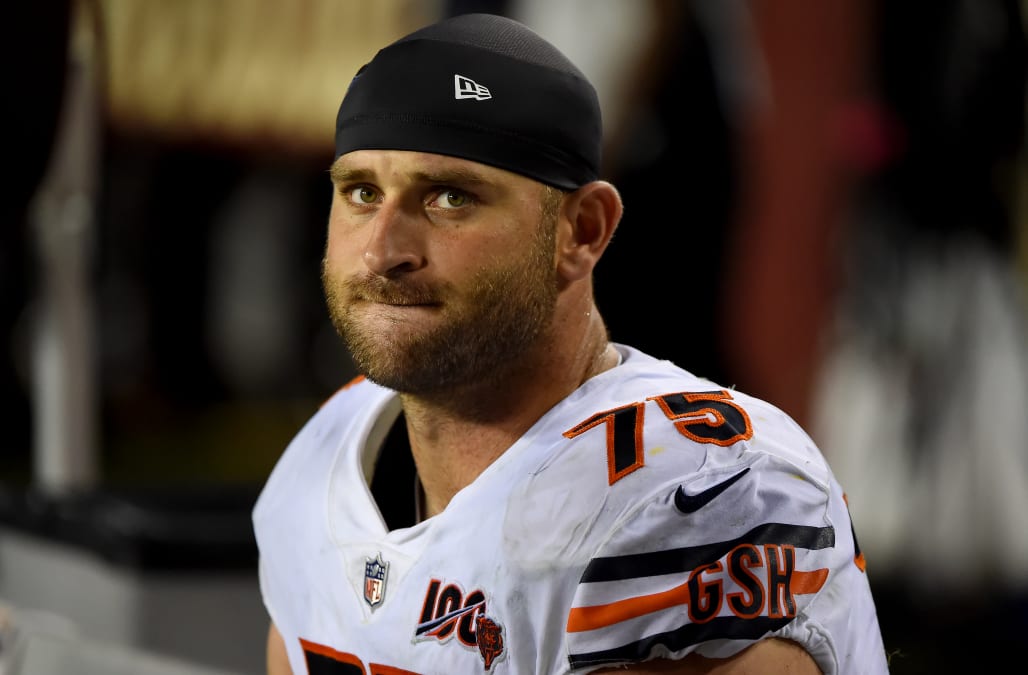 Chicago Bears guard Kyle Long announced his retirement on Twitter on Sunday in a surprise revelation from the seven-year veteran.

Long, 31, is a three-time Pro Bowler, but appears to have grown weary of the toll of injuries he has suffered in the NFL.

Some chicagoans are probably happy to hear I’m finally stepping away and getting my body right. Some Chicagoans may be sad to hear this. Either way ufeel about it, I want u to know how lucky I am to have spent time in your city. I became a man while playing in Chicago.Thank you❤️

Long later clarified that by “stepping away,” he is indeed retiring from football.

Rachael, look on the bright side.... I was drafted a bear and I decided to retire a bear. Not many can say that 🤟🏻 https://t.co/pZMBMpBhuW

Long made the Pro Bowl in each of his first three seasons with Chicago after being selected in the first round of the 2013 draft out of Oregon. He missed just one game across those three seasons, but has not played in more than 10 games in a single season since.

He suffered severe ligament damage with an ankle injury in 2016 that required surgery and cost him half the season. He also had surgery to repair a torn labrum that season.

Between the injured reserve designation and general manager Ryan Pace’s comments this past week, it appears that Long’s time in Chicago may have been up regardless of his decision to retire.

“We think the world of him,” Pace told reporters on Tuesday. “It’s unfortunate he’s had a handful of injuries and he’s tried to battle through all of them. Kyle does have an option in his contract that we’ve got to look at.

“That’ll be one of the many decisions we have to make on him. But I feel bad for all the injuries he’s tried to overcome. That was a decision we made at the time, and we’ll have to make another decision this offseason with his option.”

Long played his entire career with the Bears.

More from Yahoo Sports:
Seahawks do just enough to win, knocking Carson Wentz-less Eagles out of playoffs
Should hit to Carson Wentz's head have been flagged?
Jason Garrett finally told he won't return as Cowboys coach