Was attack by Soleimani 'imminent' before U.S. killed him? Pompeo dodges the question. 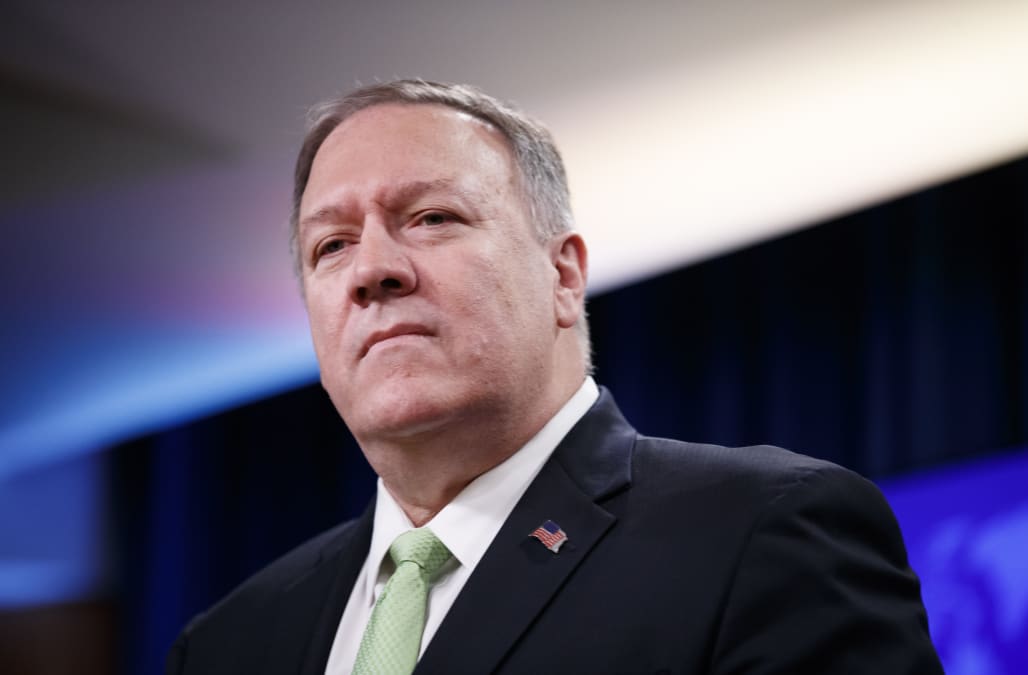 Pompeo, who appeared on all the top Sunday morning network and cable news shows, maintained that “the world’s a safer place” after the airstrike near Baghdad’s airport killed Soleimani and several associates. The White House said Soleimani “was actively developing plans to attack American diplomats and service members in Iraq and throughout the region.”

Amid reports casting doubt on the intelligence of an imminent Iranian attack on American targets, Pompeo maintained that there was sufficient evidence that Soleimani, who as commander of Iran’s Quds Force has been responsible for hundreds of American deaths in Iraq, was planning further attacks. He did not cite a specific target or date.

“The American people have the evidence right in front of their eyes,” he told CNN’s “State of the Union” host Jake Tapper. “We don't have to guess about what Soleimani was up to. We know what he did on December 27th. He killed an American. And we know what he's done for years and years and years, killed hundreds of Americans.

When asked exactly how imminent the attacks were, Pompeo dodged the question.

“If you're an American in the region, days and weeks, this is not something that’s relevant,” Pompeo responded, adding, “You have to prepare. You have to be ready.”

“If the Iranian leadership makes a bad decision — we hope that they won’t —but when they do, America will respond.”

Pompeo said he was “proud” of Trump’s order and the execution of the drone strike.

“We would have been culpably negligent had we not taken this strike,” he said.

Trump on Friday said he gave the order “to stop a war,” not start one.

As Iran vowed “severe revenge” for Soleimani’s killing, the State Department instructed Americans to leave Iraq as well as Pakistan and Iran. The Pentagon on Friday announced it was deploying 3,500 additional U.S. troops to the Middle East to help protect American assets.

Trump on Saturday tweeted a “warning” that Iran “will be hit very fast and very hard” if they attacked in retaliation to Soleimani’s killing.

“Let this serve as a WARNING that if Iran strikes any Americans, or American assets, we have targeted 52 Iranian sites (representing the 52 American hostages taken by Iran many years ago), some at a very high level & important to Iran &  the Iranian culture, and those targets, and Iran itself, WILL BE HIT VERY FAST AND VERY HARD. The USA wants no more threats!” Trump said.

Pompeo dismissed arguments that Trump’s threat to attack targets of cultural importance would constitute a violation of the Geneva Convention, which defines the destruction of cultural objects and places of worship as war crimes. He maintained that the U.S. would react “lawfully” in the event of an attack on American assets.

“I’ve seen what we are planning in terms of the target set. I’m sure the Department of Defense is continuing to develop options,” Pompeo said. “The American people should know that every target that we strike will be a lawful target, and it will be a target designed with a singular mission, of protecting and defending America.”

A leading Iranian military adviser, Hossein Dehghan, told CNN said the country's response to the killing of Soleimani will be a military response.

"It was America that has started the war. Therefore, they should accept appropriate reactions to their actions,” Dehghan said. “The only thing that can end this period of war is for the Americans to receive a blow that is equal to the blow they have inflicted. Afterward, they should not seek a new cycle."

More from Yahoo News:
Trump tells evangelicals that God is 'on our side'
Trump says U.S. killed Soleimani 'to stop a war'
Debbie Dingell says Trump 'crossed a line' on her late husband, but she doesn't 'need an apology'