Trump was reportedly given a 'menu' of options for the Iran strike that included ships, missile facilities, and militia groups 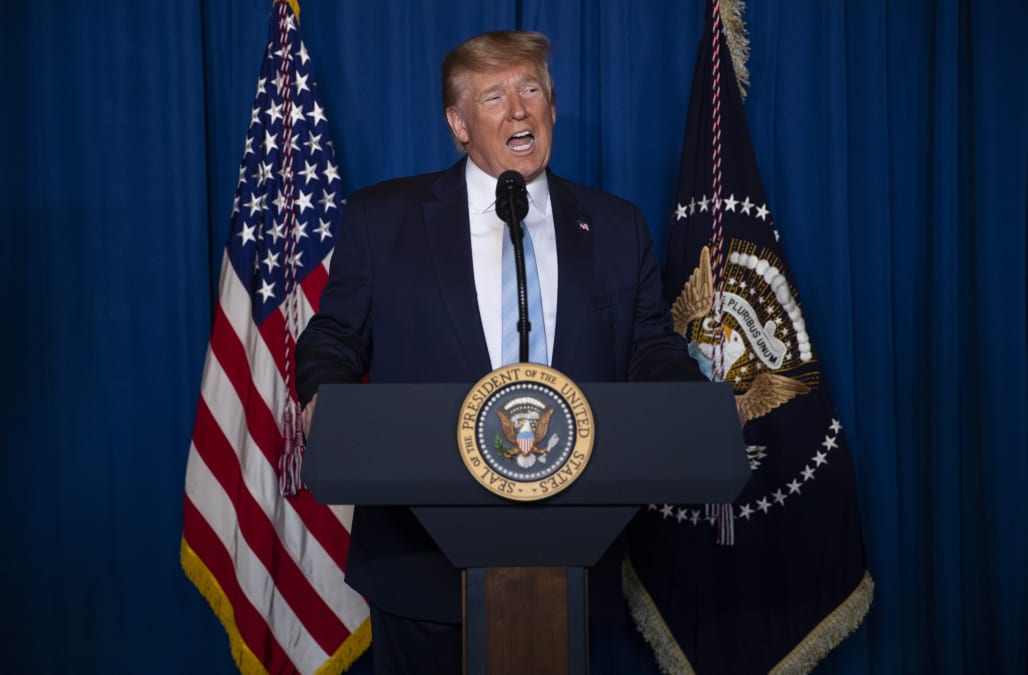 Pentagon officials reportedly offered US President Donald Trump a list of other, less-severe options for dealing with escalating tensions with Iran. Trump ultimately chose the option to target Qassem Soleimani, a senior Iranian military official, who was killed in a US airstrike on Friday.

He was given the option to strike Iranian ships, missile facilities, or Iranian-backed militia groups in Iraq, according to The Times.

The officials offered the possibility of killing Soleimani mainly to make the other options seem more appealing, which The Times said is a common tactic US officials take with presidents.

Trump initially elected to strike against militia groups. On Sunday, the US military struck three locations in Iraq and two in Syria that were controlled by an Iranian-backed militia, The Times also reported.

But, after protesters supporting an Iranian-backed militia stormed Iraq's US Embassy in Baghdad on Tuesday, Trump went for the "most extreme" option of targeting Soleimani, the publication reported. The Times noted that previous presidents George W. Bush and Barack Obama decided against targeting Soleimani because it was too "provocative."

Trump authorized the strike on Thursday as Soleimani was leaving Baghdad's international airport in Iraq.

More from Business Insider:
Lawmakers react in strikingly different ways after the killing of Iran's top general in airstrike
Trump and Obama are tied for 2019's most admired man in the U.S.