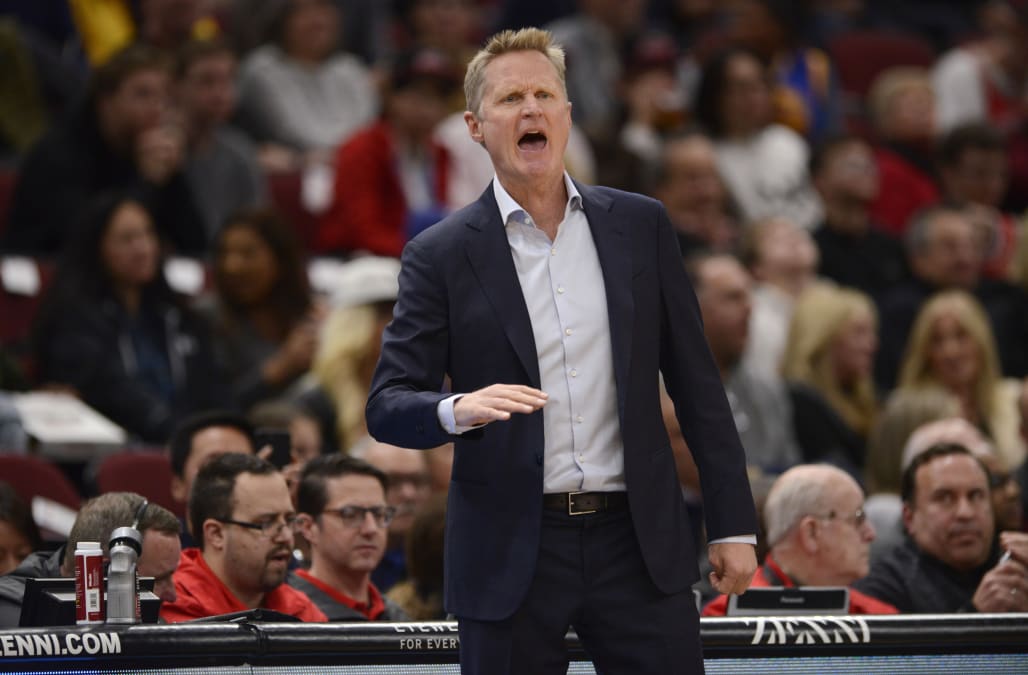 Steve Kerr did not hesitate to make his thoughts known on President Donald Trump’s killing of Iranian general Qassem Soleimani.

One thing I've learned in my lifetime is to not believe our government when it comes to matters of war. Johnson and Nixon lied about Viet Nam. Bush and Cheney lied about WMD's in Iraq. Now Pence is lying about Iran/Soleimani's supposed involvement in 9/11. https://t.co/jm3oex867A

Among Kerr’s retweets are posts calling the attack a “potentially catastrophic” blunder, denouncing a possible war with Iran and criticizing pundits who supported the Iraq war.

On Saturday, Kerr detailed his perspective on the attack with reporters, warning against an “unwinnable, unnecessary” war.

A transcript of Kerr’s comments:

I just follow what’s going on in the world because it’s always of great interest to me. I’m worried we’re going to end up in another war. I try to use my Twitter platform to remind people to do their homework before we all blindly wave the flag and get ourselves into another mess like we did in Iraq.

[Before the Iraq war] I remember the patriotic fever that swept the NBA. Since that time, we do a great job in our league and the other leagues supporting our veterans, bringing them to games and giving them ovations, which I wholeheartedly support. But what I think would be even more supportive is to not get involved, not send soldiers overseas to unwinnable, unnecessary wars in the first place. That’s how we can best support our men and women who are representing us.

We have a history in this country all you have to do is read Vietnam, Iraq, people are misled by our government. It happened in Vietnam, we know that. The facts were not facts. We have to be very careful right now with what we’re being told. If we’re led into another war, the implications for so many families, so many people are so drastic that we all need to understand what’s happening and support out troops by making sure we press our government to do the right thing.

One of the most politically outspoken figures in the sports world, Kerr grew up in the Middle East and lost his father to an assassination by Islamic terrorists. Kerr has recalled his father’s death to denounce the potential blowback of Trump’s policies in the past.

More from Yahoo Sports:
Dan Snyder wishes everyone 'Happy Thanksgiving' at Ron Rivera's introduction
NBA stars of past and present pay tribute to David Stern: 'A true visionary'
Inside Anthony Davis' desire to become a Laker